The goal of SfAA News is to be a rich and vibrant record of the activities of the Society and its members.  Content includes standard fare, such as reports and updates from the Board, committees, and topical interest groups, but also other content that highlights the special nature of the Society and anthropology more broadly.  For example, interviews with important and influential social scientists, activists, and community leaders reports from our members "in the field," and stories of public engagement are all important regular contributions.  We are always open to new content and welcome suggestions for improving the coverage, reach, and visibility of SfAA News. 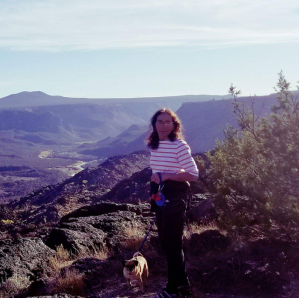 Jeanne Simonelli is an applied cultural anthropologist and writer who taught for 26 years at SUNY-Oneonta and Wake Forest University. Like Sherlock Holmes, she is author of a huge number of infinitely boring but scientifically significant monographs. She has published five books with good titles including Uprising of Hope: Sharing the Zapatista Journey to Autonomous Development  (Alta Mira, 2005); Crossing Between Worlds: The Navajo of Canyon de Chelly  (Waveland, 2008; SAR, 1997); Too Wet To Plow: The Family Farm in Transition (New Amsterdam, 1992) and Two Boys, A Girl, and Enough! (Westview, 1986). She has spent summers wearing a Smoky-the-Bear hat as an interpretive Park Ranger, doing development projects with a rebel organization in southern Mexico and fighting the good fight against gas and oil extraction, especially in New York.. She was co-editor of Practicing Anthropology and Culture, Agriculture, Food and Environment (CAFÉ) and is pleased to return to editing with the SfAA News.  Her goal in life is to have a novel featured  in the Albuquerque Airport bookstore. 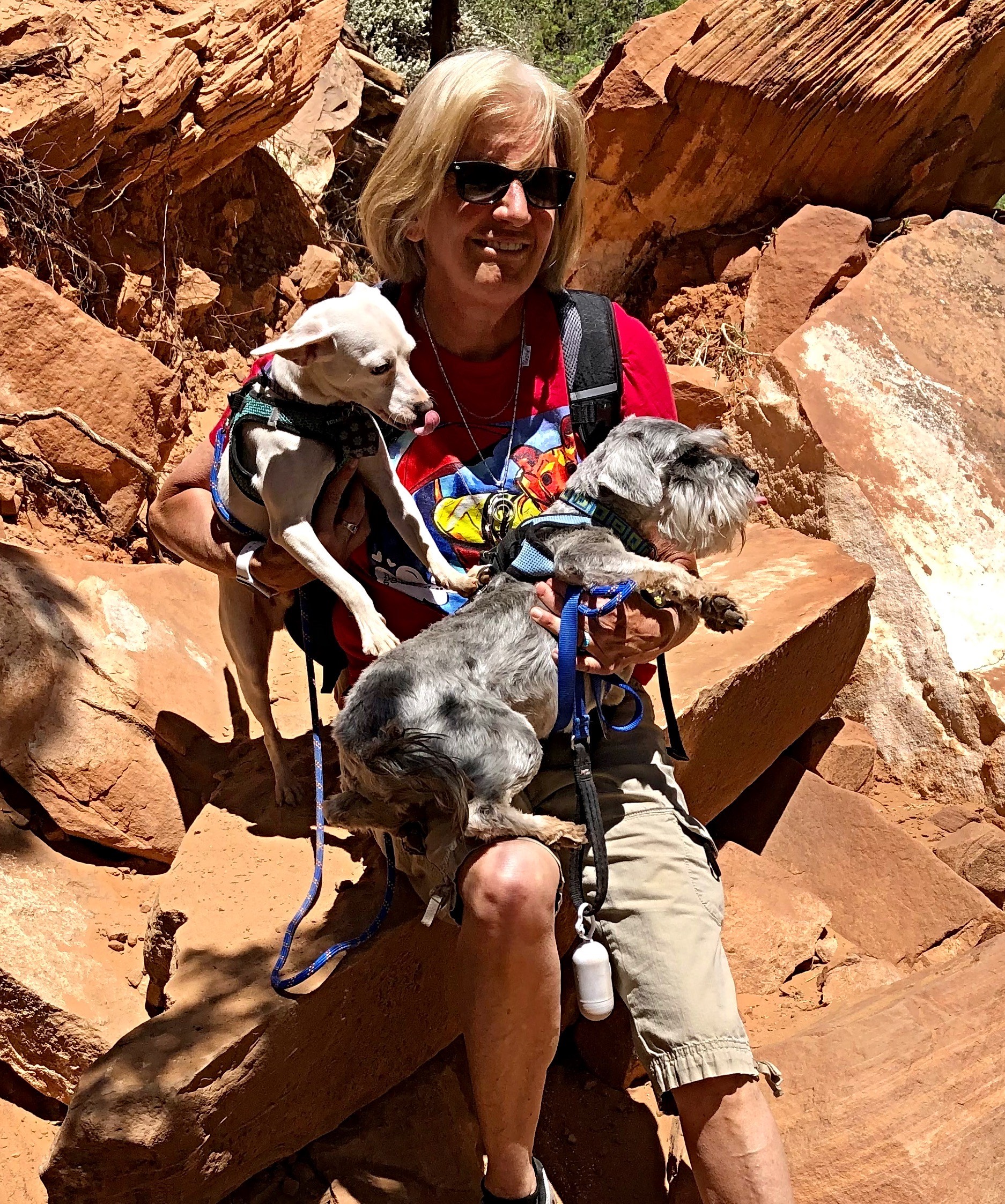 Orit Tamir (Ph.D. 1993, Arizona State University) is a social-cultural anthropologist who specializes in the cultures of Southwest Native Americans.  Early in her career, Orit focused on the socioeconomic response variations of Dinè (Navajo) to forced relocation from Hopi Partition Land.  Orit worked as a full-time Cultural Resource Management (CRM) ethnographer/ethnologist in both public and private sectors before joining the faculty of New Mexico Highlands University (NMHU).  While at NMHU she has taught a broad range of anthropology courses and spearheaded the successful development and launch of an Online Professional MA in Cultural Resource Management (CRM).  Orit has been active in the Society for Applied Anthropology (Program Chair of the 2006 and the 2015 75thAnniversary Meeting, and member of the Executive Committee of the 2017 meetings) and is affiliated with the Anthropology of Higher Education TIG.  She also continues to regularly participate in Navajo Studies conferences.  In summer 2022 Orit retired from her  Professor of Anthropology position at New Mexico Highlands University’s Department of Sociology, Anthropology, and Criminal Justice.  Her publications include a book From Classic to Contemporary: Readings in Applied Sociocultural Anthropology, articles on the Navajo-Hopi Land Dispute and on the spread of the Sun Dance movement to the Navajo reservation, publications on the anthropology of higher education, and numerous CRM and other project reports.  Orit lives in Santa Fe, New Mexico and loves the outdoors.

Items to be included in SfAA News should be sent to Orit Tamir (orit_tamir@msn.com). The contributor's preferred email address should be included, along with the professional affiliations of all authors or others mentioned in the copy.  Also, headshots of authors and other photos relevant to the submission, along with captions if needed or desired, can be submitted. 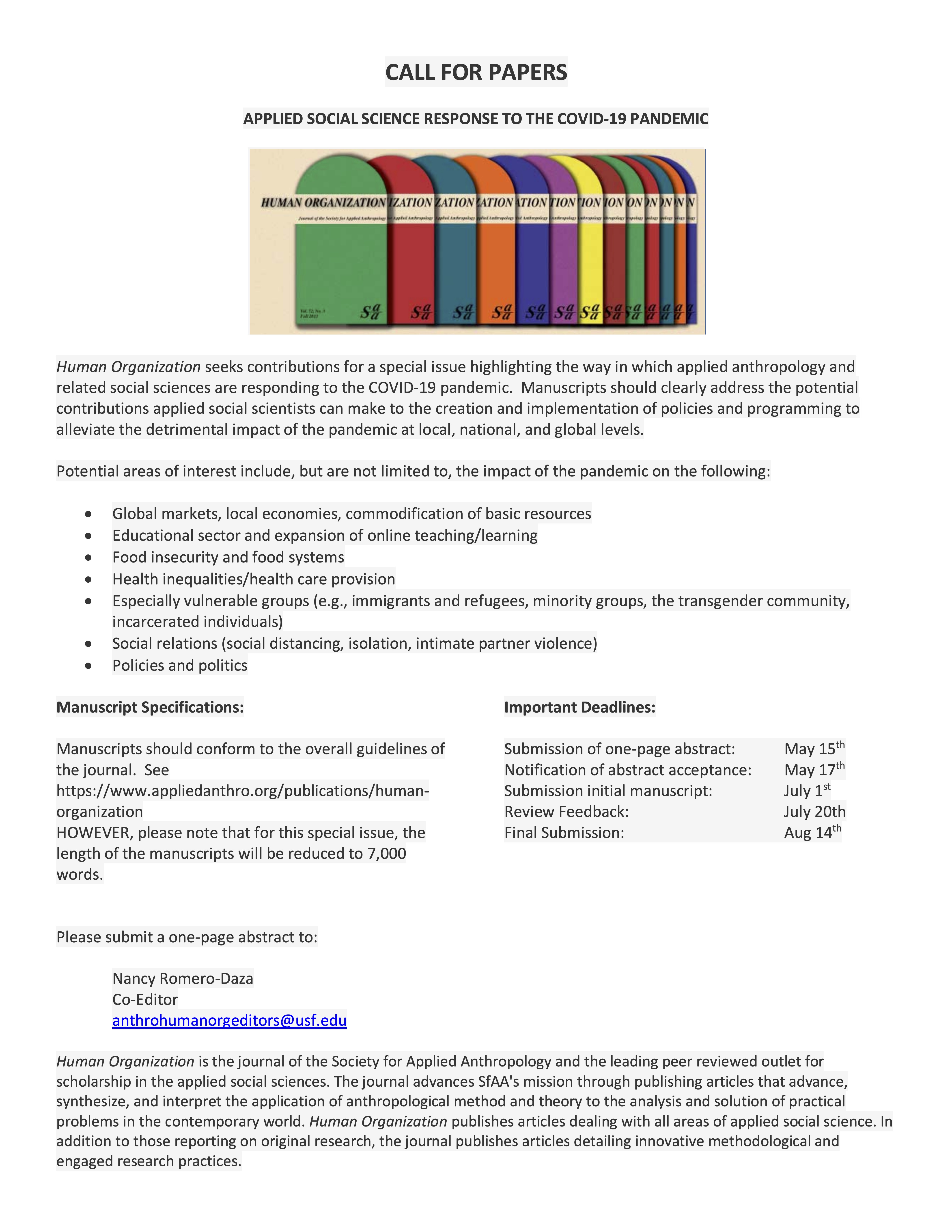