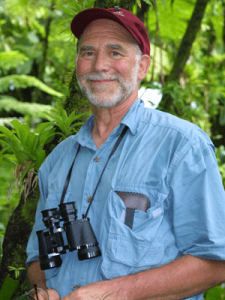 John Bodley retired in 2014 as Professor Emeritus from the Department of Anthropology at Washington State University (WSU).  At the time of his retirement, he  held the title of Regents Professor since 2007; he had been selected earlier (2001) for the Eugene R. Meyer Distinguished Professorship in Anthropology at WSU.  His retirement after 44 years capped a distinguished and productive career of scholarship and creative teaching.

Prof. Bodley’s modest personal demeanor has masked a career of truly exceptional scholarship which has had a global impact.  The notable Victims of Progress which was first published in 1975 has gone through six editions; it has been translated into German and Chinese.  The influential Anthropology and Contemporary Human Problems (1976) has also gone through six editions; a Chinese translation was published in 2010.  Cultural Anthropology: Tribes, States, and the Global System is now in a fifth edition.

John Bodley began college with an interest in biology and zoology.  This interest took him on field experiences to Mexico,  Guatemala, and Peru; in turn, these experiences shaped his interest in anthropology.  He completed his BA at the University of Oregon and was accepted into the Graduate School in anthropology.  He chose the Peruvian Amazon and the topic of tribal survival for his graduate research, and completed his degrees in 1970.  The dilemma of survival by indigenous people in the face of modernity which he first addressed in his dissertation became a prominent theme throughout his professional career.

This interest in indigenous people also found expression in Prof. Bodley’s professional service activities.  For example, he worked with IWGIA (1980), served as a founding Board member (1984) of the Center for World Indigenous Studies, and was a member of the Human Rights Subcommittee for the American Association for the Advancement of Science’s Committee on Scientific Freedom and Responsibility (1991-94).  His expertise was recognized in 2012 when he was asked to serve on an international review panel to select and establish in Chile a national Center for Research Excellence on Indigenous People.

The impact of development on indigenous peoples was widely debated in the early 1990’s and Prof. Bodley’s extensive research and experience on the topic meant that his voice was prominent in that conversation.  His original (1973) argument and continuous advocacy for a global policy of “cultural autonomy” for isolated tribal peoples was in effect finally endorsed in 2005 by the UN General Assembly’s call for special protections for indigenous peoples living in voluntary isolation as a basic human right.

During the second half of his career Bodley increasingly focused on scale itself as the most fundamental variable underlying the human problems of worldwide poverty, conflict, and environmental degradation that made everyone “victims of progress.”  In a series of research projects begun in the 1990s he analyzed large databases at local, state, and national levels in order to identify scale processes in the United States.  Drawing on power law equations and complexity theory to interpret his findings, he came to view elite-directed growth in population, economies, business enterprise, governments, and private wealth as a vicious cycle of increasing scale and complexity that causes wealth and power to be concentrated in a relatively few hands leaving the majority to pay the costs.  He then applied his scale and power theory of elite-directed growth to the entire span of world prehistory and history in his book The Power of Scale (2003) intended for use in world history courses.

His 2013 book The Small Nation Solution: How the World’s Smallest Nations Can Solve the World’s Biggest Problemslooks at contemporary tribal nations, small island nations, and selected democratic nations with fewer than ten million people to show how the negative effects of elite-directed growth can be successfully mitigated.  Writing for general readers, and building on all his previous work, Bodley builds the case for a possible future world organized from local to global levels according to principles of heterogeneity (maximum cultural diversity) and subsidiarity (getting decision-making at optimum levels).  He plans to continue this line of work, but will be moving beyond the problem of elite-directed growth to carefully explore the solutions that are being crafted by many civil society organizations and small nation governments.  Bodley believes that anthropology’s most important contribution may be its ability to explore the conditions that can produce the most promising possible worlds to help solve our most critical contemporary problems.

Prof. Bodley’s impact may also be assessed through the generation of graduate students that he influenced.  Known as a challenging but supportive teacher, John Bodley brought his scholarly temperament and his commitment to indigenous  populations into the training of graduate students.  Students were encouraged to listen carefully and observe objectively.