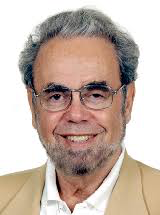 One award of $500 will be available to students who meet the eligibility qualifications.

The Involuntary Resettlement Award winner will receive a scholarship of $500 toward their travel expenses to attend the SfAA annual meeting.

Applicants must submit a one page statement on the global implications of wide-spread displacement and involuntary resettlement which has resulted from economic development. The hazards of such displacement are well known and have a profound impact on developed countries as well as indigenous populations.

The deadline for submission is December 20. The results of the competition will be announced in January. 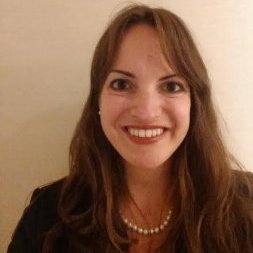 Anahid Matossian is a Ph.D. Candidate in Anthropology at the University of Kentucky. She is a recent Fulbright Student Research Awardee (Armenia, 2018-2019) who studied the long-term integration of Syrian Armenian women in Armenia and their decisions to stay in Armenia or return to Syria as the conflict slowly dwindles, and conducted research with the sponsorship of the United Nations High Commissioner for Refugees (UNHCR) office in Yerevan. Since 2015, she has worked with Syrian migrant women who settled in Istanbul, Berlin, and primarily Yerevan, Armenia. Originally from Ann Arbor, Michigan, Anahid has been interested in working with women displaced from conflict zones since hearing family stories of fleeing from the Armenian genocide and seeking refuge in Syria, where she still has family today. Aside from her academic pursuits, Anahid has also worked as a cultural anthropologist translating anthropological concepts into curriculum for the Marine Corps and plans to return to an applied career, albeit working with migrant women. She received her M.S. in Anthropology from Purdue University in 2013 and her B.A. in Anthropology and Arabic, Armenian, Persian, Turkish, and Islamic Studies from the University of Michigan (2011), and is currently writing her dissertation in Kentucky after finishing fieldwork in Armenia last August. Anahid looks forward to attending the 2020 SfAA meeting, sharing and listening to other fieldwork experiences, and is interested in pursuing a social services career in the non-profit or federal sectors, using qualitative research to inform policy on gender and migration.

Emma Banks is a PhD Candidate in Anthropology at Vanderbilt University. Since 2013, she has worked with communities displaced by the Cerrejón Coal Mine in La Guajira, Colombia. Her dissertation Rising from the Ashes: Remaking Community Around Conflict and Coal examines how Afro-descendant and indigenous communities rebuild their organizations and racial identities when faced with dispossession and displacement. She has published articles in Urban Anthropology and Studies of Cultural System and World Economies, Dialectical Anthropology, and The North American Congress on Latin America. She has received grants and fellowships from the National Science Foundation, Humanities Without Walls, and the Robert Penn Warren Center. Emma is committed to social justice for the communities in which she works, having served as a mediator and international delegation coordinator during her fieldwork. She is passionate about using her research to inform policy through her work with the International Network on Displacement and Resettlement. 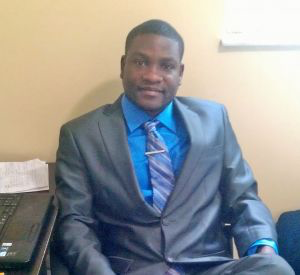 I am a PhD candidate in anthropology at the University of Kentucky. I hold a master’s degree in Societies and Cultures: Europe and Americas from University of Poitiers, France, and a Bachelor’s degree in modern languages from Ecole Normale Superieure, Haiti State University. My research interests include transnationalism, migration, identity, citizenship, the informal economy and the Caribbean. My current research focuses on Dominicans of Haitian origin, who were stripped of their citizenship by the Dominican state, and forced out of the Dominican Republic. 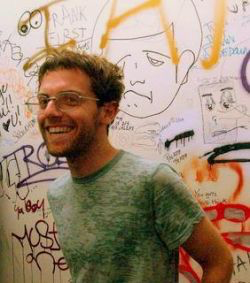 Nathan Jessee is a PhD candidate in Anthropology at Temple University who has been working with the Isle de Jean Charles Tribe and their resettlement team since 2014 when Nathan co-organized an Education and Outreach tour, which brought students, academics, and policy-makers together to learn about the Tribe’s innovative resettlement plans. Since then, Nathan has supported the Isle de Jean Charles’ long-standing and ongoing adaptation efforts with outreach, grant writing, meeting support, and recording. With the belief that community and tribe-based research should serve the people with whom it is being conducted, Nathan is currently working on a dissertation that follows the Tribal resettlement planning process and the increased visibility of coastal hazards and the communities that reckon with them in Louisiana. 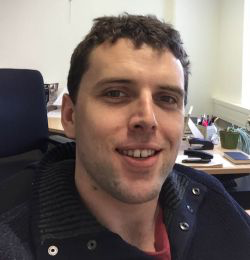 Nicholas is pursuing at PhD in law at the University of Groningen Faculty of Law in Groningen, the Netherlands. His dissertation focuses on whether national expropriation, compensation, and resettlement laws in 50 countries across Asia, Africa, and Latin America are adopting international standards designed to secure land tenure rights and ensure responsible land governance. Nicholas also works for the Land Portal Foundation as a Research Analyst. For Land Portal, he collects and analyzes legal data and information on land tenure, and assists Land Portal with general communications, fundraising, and quality control. From 2014-2016, he worked at the World Resources Institute (WRI), an environmental think tank in Washington D.C. At WRI, he assessed the land tenure security of indigenous and community lands for LandMark, a global platform of community lands. He also examined and wrote about environmental regulatory frameworks for WRI's The Access Initiative. His analysis is included in The Access Initiative's Environmental Democracy Index platform, which assesses procedural environmental rights to access information, public participation, and access to justice. In 2012-2013, Nicholas was a legal intern at the Law Reform Commission of Liberia in Monrovia and Oxfam India in New Delhi, where he conducted legal research related to land tenure, local governance, and other issues. He has a B.A. Economics and Political Studies from Pitzer College and Doctor of Jurisprudence (JD) from Indiana University Maurer School of Law. His also a member of the Maryland State Bar.