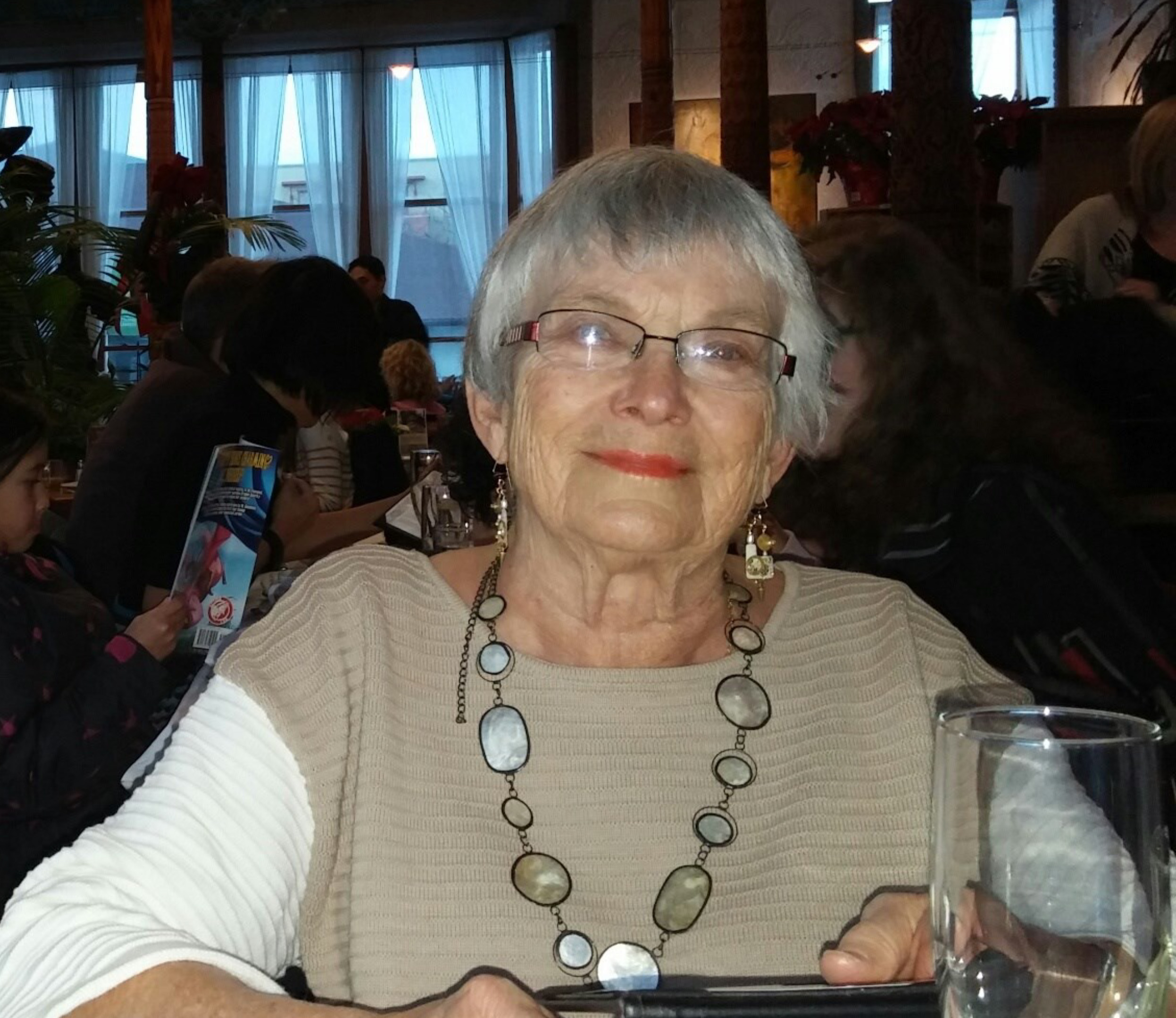 Beverly (“Bev”) Heckart Hackenberg, 94, died on July 5, 2022, in Tucson, Arizona. Born in Upland, California, on June 22, 1928, she grew up in Casper, Wyoming. While attending the University of Wyoming she met and married W.G. “Bill” Solheim II. They moved to Berkeley, California, where Bill pursued graduate studies in anthropology and Bev earned an associate of arts degree. In 1949 they moved to the Philippines. Bill conducted archaeological research and Beverly served as codirector of the U.S. Information Service. In 1954 they returned to the United States for Bill to begin doctoral studies at the University of Arizona. As Bev described it:

Bill had a fellowship and I needed a job. Rob (Hackenberg) hired me to work on a US Public Health Service project the Bureau of Ethnic Research (now the Bureau of Applied Research in Anthropology) had accepted. USPHS had just taken over the Indian Health Service and wanted to have information on what health services were provided by non-Indian sources. Rob got him through his exams and dissertation, and he went off to Borneo to do some research instead of getting a job, so I cashed him in!!! At about that time we got the big Papago Project and I went on working on it.

While at the University of Arizona, Beverly earned her BA in anthropology (1964) and MA in sociology and demography (1968). She was awarded a certificate in epidemiology from the Centers for Disease Control in 1986.

Beverly married Robert Hackenberg in 1963, cementing their personal and professional collaboration. They moved to Boulder, Colorado, in 1966, when Bob joined the University of Colorado as professor of anthropology and director of the Population Research Program at the Institute for Behavioral Science. As research associate in the Population Research Program, Beverly played a central role in its field research and analysis, as well as its National Institute of Mental Health Research Training Program in Culture Change (1968-1980). She was instrumental in creating the Papago Population Register, a computer-based comprehensive genealogical record of the entire tribe, which formed the basis of numerous scholarly articles, doctoral dissertations, and a special issue of Human Organization, “Modernization Research on the Papago Indians” (Vol. 31, Summer 1972).

As an applied anthropologist, Beverly Hackenberg was primarily concerned with health promotion and disease prevention among women in indigenous communities and developing countries. Her anthropological career began in the Philippines in the aftermath of World War II, later taking her to the Tohono O’odham (formerly Papago) Indians of Southern Arizona, and back around to the Philippines and Tohono O’odham. She also carried out extensive fieldwork in Panama and Paraguay.

In Panama in the early 1980s, she used a USAID contract to devise an innovative employment-generation program to help women expand small business opportunities and employ other women through revolving-loan funds.

From 1987 to 1995, Bev was the epidemiologist in the Disease Prevention and Control Division of the Tohono O’odham Health Department, where she oversaw diabetes prevention and control in the community with the highest Type 2 incidence and prevalence rates in the United States. Her role involved converting a conventional centralized department program to dispersed services, providing community-oriented primary care at the village level. 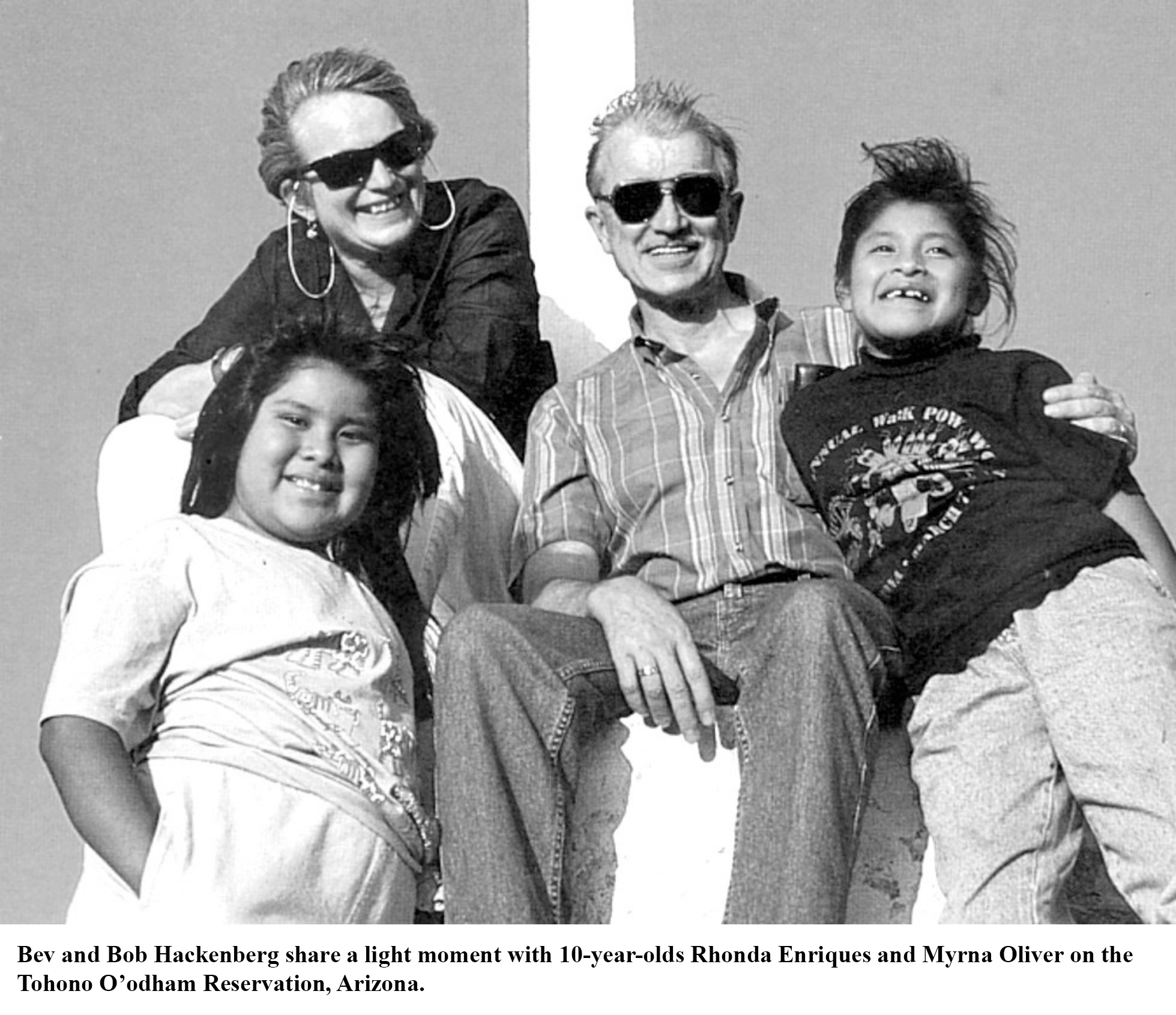 From 1995 to 1997, she served as field director for several health-promotion projects among the Tohono O’odham, Pima, and Navajo Nations, administered by the University of Arizona Health Sciences Center. In this capacity, she assisted medical investigators in several National Institutes of Health-supported projects to determine genetic risk factors in epilepsy and astigmatism and amblyopia.

In the late 1990s the Hackenbergs carried out fieldwork in rural Paraguay. Sponsored by USAID, they developed a program for training women to deliver primary health care in areas lacking medical facilities.

Bev continued to be active in research, practice, and service well into the 21st century, turning her attention to health and socioeconomic problems facing Mexican Americans and Mexican immigrants in the U.S. Southwest and Great Plains. Always attuned to challenges facing women, she served on the Tucson Rape Crisis Center’s board of directors.

At its 1998 annual meeting in San Juan, Puerto Rico, the Society for Applied Anthropology (SfAA) bestowed its highest honor, the Bronislaw Malinowski Award, on Beverly and Robert Hackenberg. They are the only professional couple to receive this recognition. Their Malinowski Award Lecture, “You CAN Do Something! Forming Policy from Applied Projects: Then and Now,” appeared in Human Organization 58:1-15.

With the Malinowski Award, SfAA applauded how the Hackenbergs brought their considerable skills to bear in mitigating the problems of disadvantaged peoples around the world.  Also noted were their abundant and inventive contributions to theory, method, and the training of several generations of anthropologists. Individually and as a professional and personal team, Bev and Bob had a monumental impact on the lives of their students and many of their peers. They taught their students more than the theories and methods of anthropology—they taught them how to be anthropologists. By word and deed, they taught them professional and personal commitment.

Their devotion to the Society for Applied Anthropology and future generations of applied anthropologists is manifest in two important awards: the Del Jones Memorial Travel Award and the Robert A. and Beverly H. Hackenberg Prize.

Following the 1999 death of their former student, colleague, and friend, the African American applied anthropologist Delmos J. Jones, the Hackenbergs spearheaded an initiative to create a student travel award in his honor. Only the second travel award established by the SfAA, and the first to honor a person of color, the Del Jones Memorial Travel Award is intended to increase minority participation in SfAA, particularly of African Americans,but also to honor the life and work of Del Jones independently of the minority criterion. Award recipients’ papers should be concerned with efforts to assist and transform the lives of oppressed or disadvantaged people. 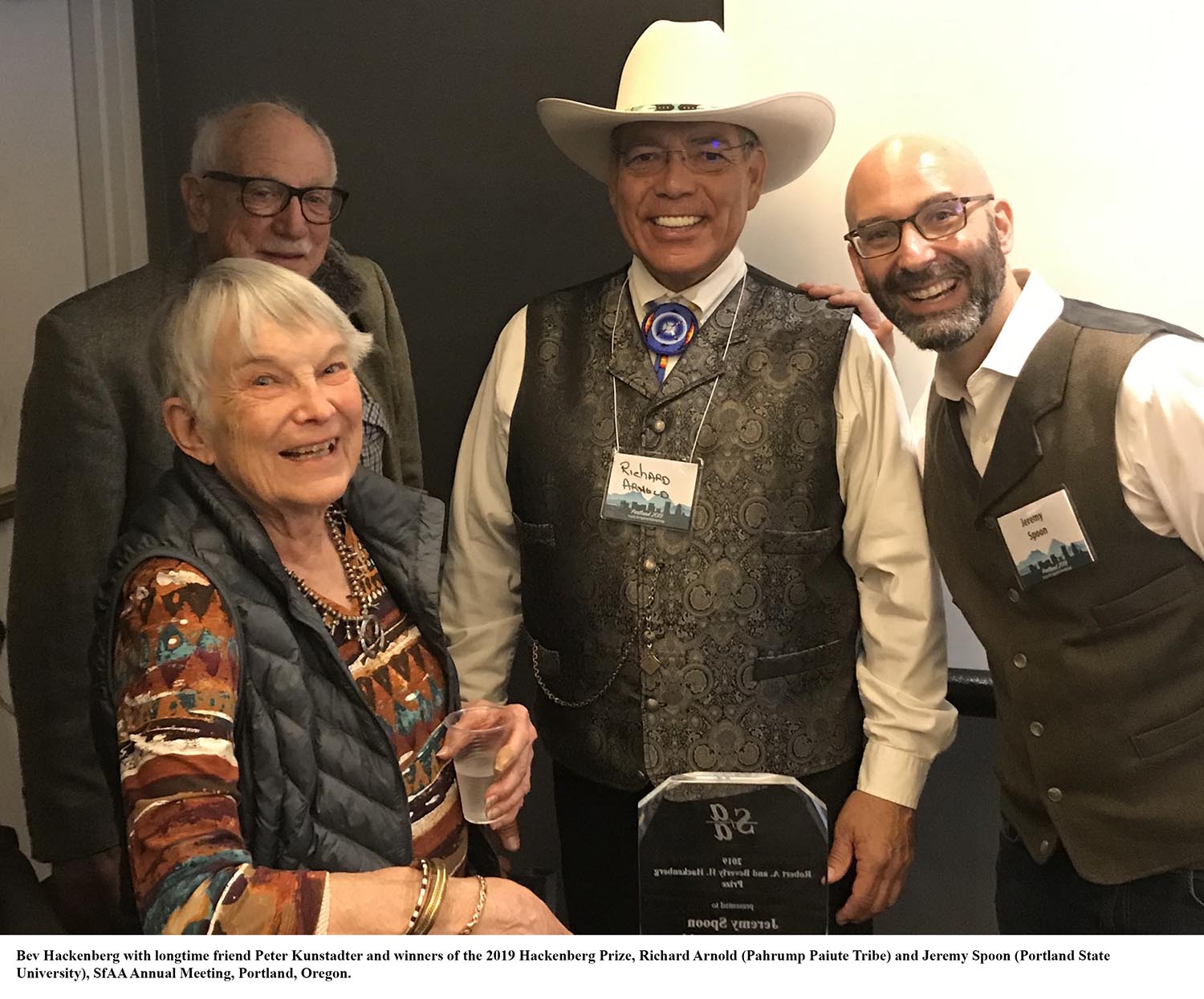 Following Robert Hackenberg’s death in April 2007, Beverly approached SfAA about establishing a memorial in his honor. Upon her demise, she wanted her name added to the memorial. Former students, friends, and colleagues established an endowment, and the first Robert A. Hackenberg Memorial Lecture was delivered at the 2009 annual meeting in Santa Fe. In recognition of Beverly’s immense professional accomplishments, and seeing no reason to wait till after her death, SfAA renamed the Robert A. and Beverly H. Hackenberg Lecture in 2017. In 2018, with the approval of its board of directors, the Robert A. and Beverly H. Hackenberg Prize was established to recognize Society for Applied Anthropology members and their community partners whose work demonstrates sustained and meaningful collaboration to improve the communities where they live and work, thus embodying the principles and values that guided the Hackenbergs’ careers. The prize is accompanied by a cash award to be used to advance the collaborative effort.

It is fitting to close with lines of “From this World,” written by Tohono O’odham poet Geri Felix (in The South Corner of Time, 1980).