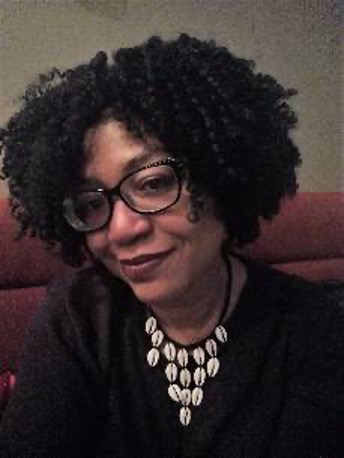 On March 16th in Atlanta, Georgia, eight people, going about their daily routine, were killed because a white man felt discomfort with his self-identified sex addiction. Of those eight, six were Asian American women at a service job that pays little.  These women were assumed to be sex workers because of their work in massage spas, their identity as Asian immigrants, and their gender.

Simultaneously, the world continues to struggle—emotionally, physically, and economically, therefore also politically, socially, and culturally—with COVID-19, one of the few global pandemics of this magnitude in several decades.[1]  Though frustrating, this is a novel virus; current and future impacts we can only assess as they unfold.  However, we know that this pandemic has been incredibly challenging, if not outright dangerous, for Indigenous, Black, immigrant, and otherwise ethnoracially minoritized cis/women and femmes of color[2] in terms of death, economics, and sociocultural responsibilities on multiple levels.  We know the pandemic has been an excuse for some to engage hateful anti-Asian, misogynist, and anti-sex worker language and behavior more explicitly.

The sociocultural expectations that women control and otherwise attend to cisgender men’s sexual activity are especially troubling during these times. At the nexus of BIIWFOC’s pandemic-related challenges is a seemingly confounding mixture of implied responsibility for other people’s dis/comfort, sexual and otherwise, placed squarely before women at the intersections of structurally violent realities.  I say seemingly confounding because those who regularly discuss structural gender violence and harms caused by most Western legal interventions concerning gender violence, sex work, or trafficking have charted this misplaced burden for decades.  We also chart how increases in this kind of  BIIWFOC-targeted violence serve as a warning of everyone’s increased precarity.  Connections between this March violence and BIIWFOC pandemic burdens highlight significant sociocultural challenges requiring applied anthropological (and sociological) insight.

Six impressive New York Times opinion pieces foreground the March shooting within the surge in Anti-Asian sentiment and vitriol.  The taunts of “go back to where you came from” are neither new nor non-political.  These xenophobic taunts, coupled with white fear of newly formerly enslaved and newly arriving Asian immigrants during vast sociocultural changes brought by industrialization and urbanization, were illustrated through anti-Native Frontier tropes fueled fervor for the 1910 Anti-White Slavery Act (now known as the Mann Act).  This act and the 1882 Chinese Exclusion, 1875 Page, and 1862 Anti-Coolie acts also illustrate the exclusionary attitudes towards people of Asian descent that inform current US immigration policy.  This legislation also demonstrates a specific cultural association between Asian American women and (assumed) sexual labor in the US imaginary. So, it is not surprising that a Black-Puerto Rican woman born and raised in Manhattan, the friend of one Asian American NYT columnist, assumed that the Atlanta shootings involved “sex parlors.”[3]  This friend is more honest than alone in that assumption.

Why might it matter (or not) if those harmed in the shooting were sex workers? How might public-facing academics, practitioners, and educators creating gender violence scholarship contribute to the conversation? Where is more awareness of gender violence’s cultural complexities helpful if gender violence is not our area?

The disparities rendered visible by the COVID-19 pandemic remind us that structural precarity is an everyday struggle for BIIWFOC, LGBTQGEQ2S,[4] and/or sex workers. Ibram Kendi, race and public policy scholar, chastised the public health powers that be, as well as the journalists and academic institutions providing the numbers that those powers didn’t initially, for ignoring the reality that the virus was not and would not impact all communities in the same way.[5] His chastisement came with a not-so-subtle nod towards the need for intersectional data that accounts for how a life lived precariously through no fault of one’s own also exposes one to pandemic-related precarity. Together, analyses of available federal, state, and local data show that Black, Indigenous/Native/Alaska Native, Hispanic and other people of color disproportionately endure higher pandemic-related stresses—including infection, hospitalization, death, and economic impacts—alongside increased testing barriers. “These disparities reflect and compound longstanding underlying social, economic, and health inequities [stemming] from structural and systemic barriers across sectors, including racism and discrimination.”[6]

Further, “gender-based disparities have been amplified, particularly for women of color and those who are low-income” and more frequently employed as “essential workers” during the pandemic.8 Since March 1, COVID-19 vaccine recipients have increased across racial/ethnic groups, but disparities persist.  Gaps between vaccination rates for White people and Hispanic and Black people have widened.[7] While there’s been minimal attention to how this pandemic has impacted people along sexuality and gender continuums in the U.S., we know that LGBTQQ2S peoples have experienced disproportionate pandemic-related job loss and decreasing mental health wellness.[8] Our knowledge about pandemic impacts on sex workers is less and centers on their embracing digital creativity to make ends meet, period. Full stop.

To unpack that a little, consider this: U.S. BIIWFOC are disproportionately impacted by sex work criminalization, partially due to the structural precarity pushing them to rely on informal economies –such as sex work–for survival. In December 2016, Amnesty International declared sex work decriminalization a racial justice issue,[9] partly based on 2015 FBI Crime Data[10] and the National Transgender Discrimination Survey (NTDS).  The 2020 FBI Crime Data Explorer[11] indicates that women are 72% and POC are 49% of those arrested for prostitution.  In 2008-2009, (NTDS) examined the experiences of over 6,400 transgender adults across the US[12] and found that 12.8% of participants reported engaging in the sex trade or trading sex for housing. Of those who traded sex, 46% were BIIWFOC.

In the decade since the NTDS survey, there has been more attention paid to sex work research, often favorably recognizing the entrepreneurial oomph necessary for the work.[13]  That choice is reasonable in the time of package legislation like The Stop Enabling Sex Traffickers Act (SESTA) and Allow States and Victims to Fight Online Sex Trafficking Act (FOSTA) which amends the Communications Decency Act in ways that target sex workers’ secondary business relationships under the guise of ending trafficking.  However, sex workers are human beings, so it is also worthwhile to consider health. Despite the violence, legal hassle, and social stigmatization, many continue sex work and are, therefore, in increased need of care.[14] This care should extend beyond substance abuse, sexually transmitted infections, and other often imposed social markers of deviance. Intersectional identity impacts sex workers. Race, class, gender, sexual identity and migratory status impact the levels of discriminatory harm a sex work experiences in their multilayered communities as well as in society.”16  Data on the deaths of women identified as prostituting through police and health department surveillance from 1967 until 1999 indicated that sex workers were generally 18 times more likely to be murdered than the rest of the population.[15] We might consider how including these other axes of identity and increasing hostile legislation changes this likelihood.

This lack of knowledge about the experiences of sex workers that centers their humanity—especially sex workers whose intersectional identities may place them in increasingly precarious sociocultural and socioeconomic positions—says a lot about the level of consideration they receive. I agree with Kendi; we need intersectional data.  More explicitly, we need to address a more robust matrix of crosspoints that exceed and include race. Frequently, interpreting this matrix requires the ethnographic sensibility to gauge how one should weigh the silences in relation to the utterances.  Applied and public anthropologists cultivate these sensibilities. For example, at the beginning of the pandemic-related stay-at-home orders, many applied anthropologists who study gender violence noted the precarity possibly created by this public health strategy. We asked, “safer for whom?”

The same applies to structural precarity that leaves sex workers responsible for the violence others bring to what might otherwise be a simple transaction. Elena Shih has written about these scenarios and  how the push to “save” or “crackdown on” people engaged in sex work only proves effective for systems and people seeking “feel-good moments” within circles hailing them as “saviors” or “enforcers.” [16]  Those saviors and enforcers bring neither the structural change nor the safety that fundamental public policy changes might for those engaged in sex work.  Instead, they function as vigilante rescuers—those who cannot represent the state (non-state actors) but still feel empowered to define and address what they see as trafficking by merging US civilian fears around trafficking with cultural and political moral panics concerning race, class, and migration. There exists a significant similarity between the previously mentioned 19th-century legislation, these saviors and enforcers, and the Atlanta shooter—they all place responsibility for their panics, moral questions, and vulnerabilities on those at a disadvantage in the balance of power.

Shih suggests considering how ensuring affordable housing, safe working conditions, living wages, and sex work decriminalization could directly and positively impact all Asian women and women of color working in massage parlors, be they sex workers or not. What might it mean if all women, regardless of race, ethnicity, or political status, could work and live with those assurances? As anthropologists, we might also consider who benefits from refusing the policy changes that Shih suggests. These public issues inform choices to engage in sex work as well as any traffickers’ tools of enticement. Thus, discouraging sex workers’ rights impedes fundamental public policy that helps everyone. Refusing these policy measures empowers vigilante rescuers to surveil and police working-class immigrant women, Indigenous women, and women of color.  As it is now, the system thrives from these women’s struggles.  Where fear of sex work and BIIWFOC exists, there is often an increased cry for police protection, surveillance, and legislation to address the “bad behavior” these women/femmes engage as they struggle to live in a system they were not meant to survive. Systemically, this policing approach privileges criminal justice instead of sociocultural solutions to human trafficking and the inequities that create precarious conditions.

In these moments of weighing the safety of varying public health measures against the precarity their implementation encourages, applied and public anthropologists have an important task. We must think through the structural harms built for women/femmes of color and poor women/femmes through sexual and labor mores.  Looking at the larger framework of responsibility placed on those who endure the most risk can help illuminate the vitriolic stories about race, gender, political status, and class just beneath the surface.  This time is perfect for us, as applied anthropologists, to take up what Annie Fukashima calls unsettled witnessing. Instead of passively noting how the struggles we have previously documented inform new ones in the time of COVID-19, we can refuse to be “settled” with what we see.[17]  We are more than mere spectators.  We are particularly good at examining the politics of representation, responsibility and blame, victimhood/criminality, citizenship, legality, and how they are related to race and gender.  That is our craft.  And, as unsettled witnesses, we can answer the implied call to action with informed perspective and advocacy aimed at illuminating the spots that, culturally, we’re taught not to see.

[2] Due to length, I use BIIWFOC to indicate the collective group of Black, Indigenous, immigrant and otherwise ethnoracially minoritized cis/women and femmes of color.

[8] Lindsey Dawson, Ashley Kirzinger, and Jennifer Kates. “The Impact of the COVID-19 Pandemic on LGBT People”

[11] This set of 2019 arrest data is built from the voluntarily submitted data of arrests from 63% of 18,671 law enforcement agencies nationwide.  https://crime-data-explorer.app.cloud.gov/explorer/national/united-states/arrest.