[No] Beans in the Time of Corona

The daily food that brought up generations of Mexicans / New Mexicans – frijoles.

In the previous century, my grandfather Canuto Montoya Sisneros was a homesteading dry farmer of beans in Scholle, NM, in Socorro County, between Mountainair and Bernardo, south of Highway 60, on Scholle Road, near where this turns into Chupadero Road, right at the base of Chupadera Mesa.

How did they do it? There must have been much more rain in those days!  I went with my Mom and siblings to see the rancho in Scholle, which was next to the property of the Joe J. Brazil family. The paterfamilias, Mr. Brazil, drew and painted some scenes of the ranch with my Mamá, my Tías, and my Abuelos captured in those works of art. My sister recently hung one of those paintings above the   bed in my Mom’s assisted living home, and she knows exactly where the place is, who the people are, she identifies her two donkies, Jackie and Dickie, and she knows the music that was being played on the porch – maybe it was the “Frijolitos Pintos” song, I imagine. In the background, you can see beans and corn growing, plus they had calabazas and chile, and goat milk y carne from the cows, to trade, sell, and give, when it was harvest time. That was a time of true comunidad.

Mom grew up milking the vacas, making cheese, gathering eggs, hunting rabbits, and delivering these provisionesfrom their homestead to relatives in Abo, Blue Springs, San Acacio, and then on to the big city of Socorro to sell and buy goods they needed, and to pay the yearly property taxes. This was all done on a carro de caballo, of course. The family would come home a week or so later, with apples and peaches, new shoes, fabric for making clothes, pecherasfor Grandpa, and a new delantar for Grandma Reyes (she is from the Tomé, NM familia Serna). Together, they made pies, and bread, tortillas, and beans - for most every meal!  I found that the protein in one cup of pinto beans is about 11.5 grams,    they have zero cholesterol, and 44% fiber (My Diet Meal Planner, 2020), but we just know that they  taste good, and sometimes, pues, that’s all there was / is – except for now, in the time of la corona. 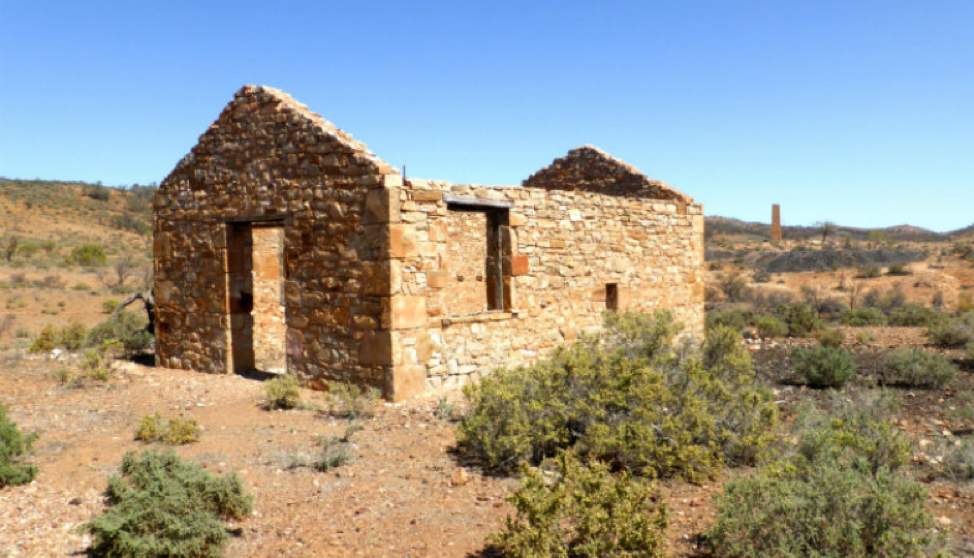 I remember going there to the rancho in Scholle only once, in the year 2000, to see four barely upright walls of a rock home dissolving back into the earth, like this picture I found on the Internet, but it was in progressed deterioration. I think someone took pictures of El Rancho Chupadero, pero no se quién. That was the day that I met the family friend and vecino, the talented J.J. Brazil for the first time, too. Thanks to him, we have paintings of those days, and I also have many pictures in my mind, from the stories I heard about el rancho in my lifetime.

Stories I remember were that Mom, Paublita Serna Sisneros, was born there, in 1931, and as her parents collected and lay rock to build the family home, she was bundled up and placed under a nearby tree to sleep. ”They thought I was dead when I was born, because I was born asleep,” and she still loves to sleep! “Y una vez, they found me under that tree full of hormigas, asleep!” Can’t you just see that in your mind?

All of that background, to lead to being here now, March, 2020, a time in our lives where there are no beans to be bought, because there was a mutated virus, COVID-19, that came into the world. This brings us memories of my mom’s infant sister, Viviana, who died of la gripe, Mom has told us. I always thought it was in the 1918 epidemic, but she was not born until 1927. I found a beautiful picture of our late baby Tía on the Internet this week (I had seen one photo before in a frame at Big Grandma’s home, but she is not in her little casket, like she is in this photo). This is the Aunt whose gravesite I have recently gone looking for (to no avail) at two cemeteries in Albuquerque, in Barrio San José. I grieve for this Auntie, who I never knew, and nor did Mom, since Mom was born four years later. The only person now living who knew her was my Tía Rosa, born in 1925. We paid a mass for Tía Viviana Serna Sisneros on June 9, 2019, in SanJo, and my Auntie Rose and her daughters came, and I brought Mom. I empathize with those whose loved ones are ill or have died from this new virus. There is a lot of grief in the world now, and this is something we understand in our family. Rest in peace, Ti’ita. 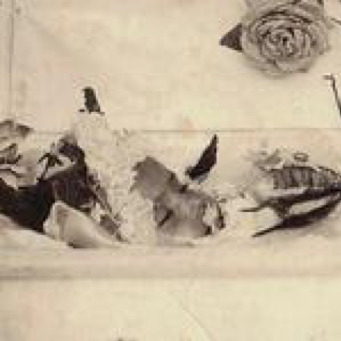 Because of this current 2020 pandemic, I got a call from my sister-in-law recently, telling me that there were no beans to buy in Alburquerque: the pandemic caused a mass buy-out, and she had even called my cousins in Estancia, NM to look for some, but there were none! I had been in Estancia on January 1st of this year, so I brought some back, and was able to give some to my Tía Rosa and to friends at the Pueblo of Picuris. But now, just two months later, what were we to do?  No beans? This seemed truly novel and incomprehensible, I grieved, by phone, with my sister-in-law. But God works in mysterious ways, dicen, y creo, porque un hijado mío texted me around that same time, to tell me that a Comadre of ours was bringing bolita beans to Española on March 22nd, and I could call her to make  an order. So, I did. She had some friends in San Luís, Colorado, who grew the beans, delivered them to her in Taosi, then she brought the six pounds I ordered to Española NM, where my son and I live. He then drove them in his ranfla to Alburquerque to deliver them to my brother, the one who collects   old carros de caballos, and his wife, my sister-in-law. It was the overland bolita bean transit line! The OBBTL!  Not on a wagon, like my ancestors used, but in a series of automobiles, de los ‘00s. Entonces, it can be seen that people are still sharing their harvests, to this day. I thank those farmers in San Luis for their cosecha, and I remember all this, and all these conexiones bringing OUR food to our tables, with a song to Santa Inez del Campo, the saint of the siembra, me decía mi ‘Apá, José Mauricio Sisneros Gutiérrez. He told me once that there is a shrine to her in the mesa above thecamposanto in San Acacio (also in Socorro County, NM, the Río Abajo), where he grew up, but I’ve never seen it – only in my mind’s eye. I will create a shrine to her here, en Río Arriba, and I will sing a new verse for the bean farmers, let’s sing to the beans, in the time of la corona, en este tiempo de verdadera comunidad, and, también, let’s pray for the rain! “Prepare the fields, and plant…” the beans (corn, and squash), ¡nos dice Compadre Miguel de Taosi!

In Northern NM, we had an important woman musician, who passed on this past January 25th, and I will always remember Doña Antonio Apodaca, from Rociada, NM, playing music, sometimes with Maestro Cipriano Vigil from Chamisal, NM (recorded in 2019, The Wisdom Archive), singing their (beans’) praises, in her translation of this traditional song, as:

…A bowl of pinto beans, and some purple flowers,

Oh how the lovers suffer through the hours…

To conclude, I was excited to find this week, when I cooked some of those bolita beans, for the first time (since I have always had pinto or Anasazi beans on hand to guisar), that they are delicious – ¡con chile colorado y tortillas de maiz! I think that they are good for fighting la corona, just as chile is!

How I wish my Grandparents, the dry farmers, could enjoy some with me. My children can, though! 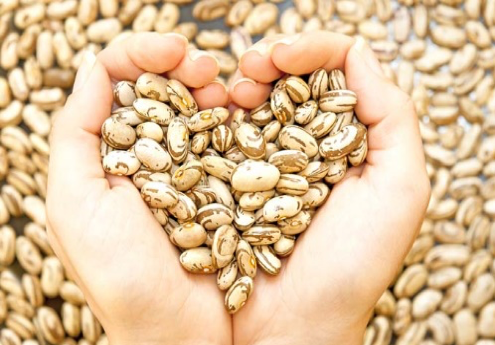 The Wisdom Archive. (2019, November 19). An intimate afternoon of music: Antonia Apodaca and

familia - family [of the Sernas]

pero no se quién - but I don’t know who

SanJo - Barrio (neighborhood) / church of San José, the place of my birth in Alburquerque

Alburquerque - original spelling for this city

dicen, y creo, porque un hijado mío - they say, and I believe, because a godson of mine…

ranfla - car (from the Caló language)

me decía mi ‘Apá - my Father had told me

Manita/o – a person born and raised in Nuevo México