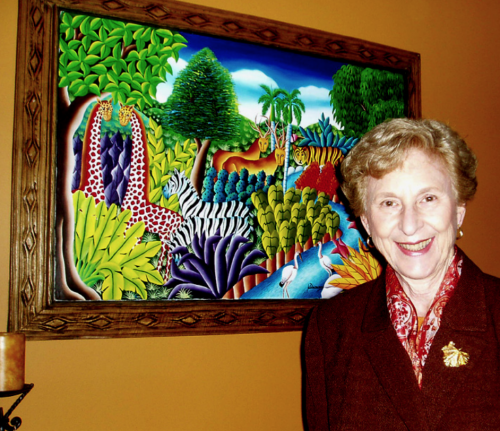 Dr. Nancie L. Gonzalez has died in Guatemala City at the age of 90.  Dr. Gonzalez was a seminal thinker on ethnicity, family and household organization, and migration, as well as a pioneer and respected practitioner of applied anthropology.

In 1959 she began her teaching career as a lecturer at the University of California-Berkeley. In 1961 she returned to Guatemala to be a research anthropologist for INCAP (Institute of Nutrition of Central American and Panama). Between 1961 and 1965 she published seminal work on kwashiorkor, malaria, nutrition and birth rates, and the relation between breastfeeding and fertility.

From 1975 to 1976 she was the Program Director for Anthropology at the National Science Foundation. She served as Vice Chancellor for Academic Affairs at the University of Maryland from 1977 to 1980, and remained as Professor of Anthropology until 1993, retiring as Professor Emerita.  She was  a 1992-1993 Peace Fellow at the U.S. Institute of Peace. She served on boards and executive committees of several professional societies, including the American Anthropological Association, the American Association for the Advancement of Science, and the  Society for Applied Anthropology, of which she was President in 1975.

Her wide-ranging interests and strong discipline defined her career.  She conducted field work and archival research in Central America, the Caribbean, the American Southwest, England, the Middle East, and China.  She tackled complex societal and political issues with relish and ferocity. This direct manner earned her many admirers, as well as critics, but none denied the rigors of her formidable intellect.

Dr. Gonzalez credited Leslie White and later Margaret Mead as her mentors, setting a foundation for a life-long career of putting ‘anthropology into action’. She extended her ethnographic studies to interests in urbanization, agricultural development, conflict management, and the history of cultural groups.

In addition to her first two books , she also published  Sojourners of the Caribbean: Ethnogenesis and Ethnohistory of the Garifuna (1988) and Dollar, Dove, and Eagle: One Hundred Years of Palestinian Migration to Honduras (1993). She served as editor for an additional four books on topics as diverse as applied anthropology, water management, conflict and migration, and Mayan clothing, and wrote over 500 articles and book reviews for every major journal in her field.

She is survived by two sons and a daughter, seven grandchildren, and two great-granddaughters.