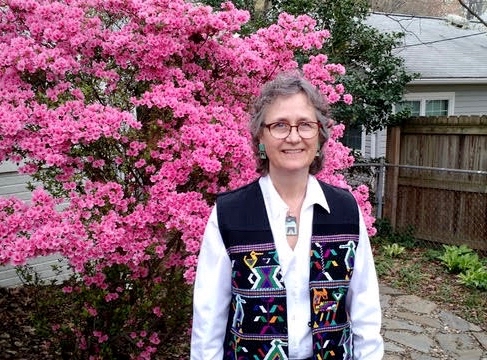 I am incredibly honored and humbled to receive the Sol Tax Distinguished Service Award.

Among applied anthropologists and applied social scientists, Sol Tax is remembered for “Action Anthropology” as an approach to solve pressing community problems. Action Anthropology involved ethnographic research, and included economic, social and educational programs that he and his students implemented at the Fox settlement near Tama, Iowa, (Meskwaki) between 1948 and 1959, which became known as The Fox Project. Although action anthropology has a mixed legacy, it was an important attempt to make academic anthropology more socially and politically relevant.

When I think about my career as an applied cultural anthropologist at the University of North Carolina at Greensboro where I have been instrumental in engaging students in local and global fieldwork on the environment, health, and food security, I am reminded of Sol Tax and his work ethic. His Action Anthropology, which over the years evolved into Community Based Participatory Research, instilled in us a sense of community and purpose. He legacy teaches us to act beyond our role as academic researchers, and to think about using our skills and knowledge for the greater good.

The Sol Tax Distinguished Service Award recognizes Service to the Society of Applied Anthropology. I could not be prouder to receive this Award for the 20 plus years of Service I have given to the Society. As a colleague at my University remarked, “You grew up with the Society.” And indeed, I have. I attended my first meeting in 1985 as an MA Candidate under Michael Whiteford. I began my first appointed position on the Treasury committee back in 1999. Thereafter I was appointed to other committees and served gladly. Over the years I got involved in other facets of the organization. I served on the nominations committee, and was a board member for a number of years and the secretary too. In 2006 I was elected president for 2007- 2009 term, which all toll is a 4-year commitment on any president’s part to serve the Society. My service didn’t stop there, for, it has become a lovely lifetime commitment. I serve among other past presidents where we have jolly and cantankerous discussions. Sometimes wisdom years bring out the best in us.

Not long ago, but that is relative because thinking about it I believe Tom and I put the pieces in place back in 2012, I helped to create “The Founders Endowment,” a group which seeks endowments and donations for the Society. For example, my husband, Tim Johnston who is here with me tonight, and I have bequeathed a percentage of our estate to the Society. We hope other members will consider a similar commitment or to donate in some other capacity in support of the Society.

In 2017 Tom May, our former executive director, was not able to attend the SfAA annual meeting in Santa Fe. I had sent him a thank you card and timed its arrival for the start of the annual meeting. I wanted him to know how much the Society meant to me, because he was truly instrumental in why we have such a vibrant Society today. In my card I thanked Tom for all he had contributed to the success of SfAA. And then signed it from Susan Andreatta, Professor of Anthropology, past-president, president, secretary, board member, committee member, session chair, session organizer and panelist. Indeed, my career has been remarkably impacted by my personal involvement with and Service to the Society.

So, in 2017 on the day I arrived in Santa Fe for the annual meeting, Tom phoned me just as I entered my first session to thank me for the card he’d received that day. I was pleased that my thank you note reached him in time to convey my gratitude to him and for all the Society has given me. And if it were not for his fortitude many years back in rescuing the Society…. Where would this organization be now, and how would all of us be able to share our applied work and friendships.

Therefore, it is with a heart filled with appreciation for the Society and its Leadership, for PMA, for the Sol Tax Committee, those who nominated me, and for the great work all of us engage in from day-to-day that I am honored to receive The Sol Tax Distinguished Service Award.