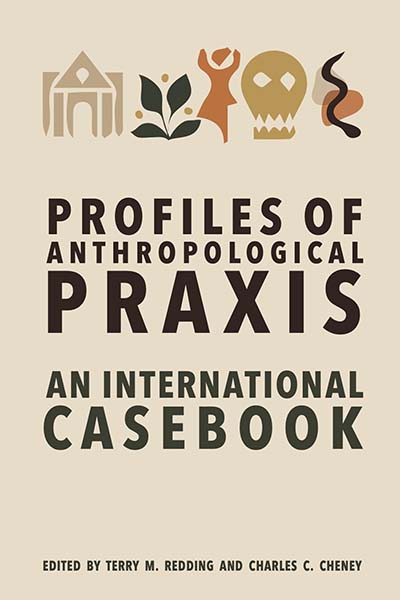 A new casebook, Profiles of Anthropological Praxis, was released in May by Berghahn Books. This volume is a sequel to the popular Anthropological Praxis: Translating Knowledge into Action, published in 1987 (Westview Press) that many of us have seen in our classrooms over the years. As a casebook of anthropological projects, the new version shares a fascinating breadth of award-winning projects undertaken by applied anthropologists to address the needs of an array of stakeholders and situations. Each chapter describes a problem and how a project attempted to address it with the following structure: Problem Overview, Project Description, Anthropologist’s Role and Impact, Outcomes, and the Anthropological Difference–that is, how the unique approaches of anthropology were effectively applied to address human problems. The book's chapters are based on winning applications to the biennial Praxis Award, which is presented during the SfAA meetings every other year by the Washington Association of Professional Anthropologists (WAPA).

Kerry D. Feldman and co-author from the University of Alaska Anchorage, Phyllis A Fast, published a chapter in the new book about applying anthropology to award-winning projects internationally, edited by Terry M. Redding and Charles C. Cheney on behalf of the Washington Association of Professional Anthropologists (WAPA): Profiles of Anthropological Praxis: An International Casebook(Berghhan Books, Oxford, May 2022).  Shirley J. and Fiske Robert M. Wulff wrote the Foreward.  The Afterword is by Riall W. Nolan.Each chapter describes a problem and how a particular project attempted to address it, including: Problem Overview, Project Description, Anthropologist’s Role and Impact, Outcomes, and the Anthropological Difference – that is, how the unique approaches of anthropology were effectively applied to address human problems. The book Profiles of Anthropological Praxis is a sequel to Anthropological Praxis: Translating Knowledge into Action (Westview Press, 1987).

Feldman and Fast’s essay explores the extraordinary applied linguistic effort of a four-field colleague at the Kenai Peninsula College (part of the University of Alaska Anchorage), Alan Boraas: “Alan Boraas and Kahtnuht’ana Qenaga: Preserving and Renewing an Alaska Native Language.”  Boraas learned to speak and write the very complex Na-Dené language. He created a self-learning website of the Na-Dené language spoken by Kenaitze and other Alaska Natives, first identified by Edward Sapir, spoken today by Athabascan, Apache, Navaho, some smaller California tribes, thought today to be related to the Yeniseian language of central Siberia, with Ket being the only spoken version there today.

WAPA publishes edited volumes about their award-winning projects, usually involving practicing anthropologists but academic anthropologists have received recognition. This volume has a less-expensive ebook availability that some libraries prefer, and professors for course readings. The goal of these phenomenal collections is to encourage students to consider applied/practicing anthropology as a career.

Redding and Cheney are both past presidents of WAPA, which began in 1987, in Washington, D.C. The Washington Association of Professional Anthropologists is the oldest and largest regional association of professional anthropologists in the world. Founded in 1976, WAPA serves as a resource, and a social and career development center for anthropologists seeking to apply their knowledge and skills to practical problems for the betterment of society. WAPA's members are employed by government and business, as well as by a broad array of domestic and international nonprofit institutions and associations. Members also teach in colleges and universities that prepare the next generation of applied anthropologists.