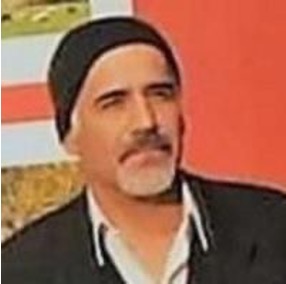 Moises Paraco was worried. Not so much that he had forgotten to say his daily prayers and absolutions.  He continued to do so each night after dinner as he had done ever since his wife passed away in an earthquake. The rest of the world had hardly noticed the earth shift that day. There was no mention in the papers or in the news broadcasts. The radio was silent. The TV programs barely flickered that day.

He had not shaved in nine days and bristly whiskers sprouted from his chin, reaching imprecisely a mustache that was now more gray than black. It was the announcement on the Nochixtlan church wall that troubled him. Posted over a week ago, it decreed, as Moises understood, that another hour would be added to the day.

Twenty-five hours, he thought. What will the government do next, add another day to the week, more months in a year? Will they change the date of my birth? No, our government does not love us. President Cardenas would have never allowed something like this. Moises said this to himself, moving his lips slightly as he walked through the city of his birth toward his daughter’s small house on its outskirts.

“How can this be?'' he asked Dolores, his only daughter. She tried to explain that there would not be another hour to the day but that all clocks would be set back sixty minutes. “There will still be 24 hours to each day,” she told him while petting her cat Little Mouse who sat in her lap. Little Mouse shivered and purred then stretched its body so that its front claws were fully extended.

“It will just seem like the day is longer, just for a while, papi. Don’t worry yourself,” she said to her father whose frown deepened as he cleaned the day’s humidity from his glasses.

“But you can’t change the day, make it longer, shorter?  It is what the sun says it is,” Moises spoke as he watched his daughter do many things at once: wipe cobwebs from the window, adjust the flame on the pot of boiling potatoes, take Mouse’s bell collar from his neck and slip it into a kitchen drawer.

“I don’t like adding another hour to anything, not even another minute.  Heaven is the keeper of time and nothing more,” Moises said. He sniffed at the air and felt a shift occur.  As if his mind and body were no longer one. He took off his hat and the sensation of tiredness which started in his eyes had now swept throughout his body.  Too much summer light, he thought, and now there will be more of it.

Saying goodbye to Delores, Moises walked home. Two boys no older than ten were pushing wheelbarrows weighed with cassavas and mangos toward the mercado stalls. As they moved past Moises he noticed their ashy skin and a fresh scrape oozing irregular lines of blood on one of the boy’s shoulders.

A young woman sat with her mother outside a cloth store talking. The mother was knitting a blue dress for her niece’s confirmation. Moises stopped and grabbed a bandana from his back pocket. He blew into it, clearing his nose of dust. “Buenos tardes” he said to the women and was touched when they grinned and responded in kind. They have Popoloca teeth but Otomi eyes. Moises was sure of this as he had once lived in Tepito, a vast neighborhood in Mexico City where an extended family of Totonacs lived next door to him.

He continued his walk home avoiding a pack of dogs who were picking through the trash left behind by the day’s tianguis.

Moises’ house was only several blocks from the plaza. His house had been built by his great-grandfather and then rebuilt with money his two sons had sent from the United States. One of his son’s ex-wives (he had had many) Beta still lived in the house. She cooked and cleaned for Moises and he gave her some bills from time to time. He often called her mija forgetting both her name and how she had come to live in his house. She was present and remained so which was all that mattered to Moises.

Entering the house, Moises noticed Beta’s shopping bag which she hung on a rusty nail near the door was gone.  He was certain she was visiting the gitanas who were passing through town and were in the business of reading people’s hands. The gitanas were soothsayers by trade, and Beta’s means for true love or even possibly revenge. Moises once overheard Beta tell her mother over the phone that she wanted to cast a spell on someone. On who Moises was unsure, although when he reached deep into his memory he guessed it was meant for his womanizing son.

Moises had also once visited the gypsies with the idea of having them put their powers toward the Ledesma family who he believed were responsible for past earthquakes. Their feet are too big, their hearts small, Moises would say to anyone willing to listen.

But those feelings had eased somewhat since the earth had shook in other places but not Nochixtlan in recent years. Maybe it wasn’t the Ledesmas, Moises thought. Maybe it was all the changes that the earth could no longer hold like adding an hour to the day. The earth will shake once again with this 25th hour nonsense, he feared.

Once Moises was inside he went to his bed. He looked underneath the frame searching for a Bible. It wasn’t there. Instead he found it atop a broken turntable last used in 1977. Moises sat down and while munching on sprigs of cilantro, he opened the book and turned the pages searching for a passage indicating the number of hours a day should have.  But all a disappointed Moises could find on the matter was this: “the sun stopped in the middle of the sky, for a day it did not fall.”

Later that evening Moises walked to the plaza and sat down in the shade of a Mora tree. The red and black cast iron bench felt good against his back. The moment he sat he closed his eyes and whispered a novena to St. Rita believing this prevented arthritis from climbing deeper into his blood where it now made a comfortable home.  But that day his bones hurt for reasons that only St. Rita could fathom.

It was late and by now his cronies had already scattered. Abel, Chago, and Martin would all have had opinions about this clock nonsense Moises thought.  Especially Abel who would run his mouth over anything, from the gated new house the mayordomo’s son had built to the rancid taste of goat meat at last month’s fiestas.

Moises looked out at the emptying plaza. Vendors packed their merchandise and a group of children kicked a soccer ball against the molineros wall. One girl walking by was dressed as if she were a cultural dancer. Small colorful roses that seemed real but were plastic were pinned to her hair, a shiny dark hair that glowed like cat’s eyes at midnight.

“Oyes”, Moises called out to her.  “Where are you going...to the cultural building?”

“No, my Tia Carmen is getting married soon.  I have to practice a special dance for her wedding.”

“Yes, she is my aunt. She bought me these shoes for the dance. Do you like them?”

“I don’t know. Little girl’s shoes all look the same to me.”

The girl seemed saddened by Moises’ reply since she thought the shoes were the most beautiful things she’d ever seen.

“Oyes, do me a favor. Here is some money. Go to the store where they sell watches and buy me a watch that has 25 hours. Don’t let them sell you a 24-hour watch. Those are no good anymore. Do you understand?”

The girl again looked down at her shoes and tried to recall the movement of her feet as she danced those steps that, when done just right, pleased her mother and aunt.  Somewhere behind her music played a circus-like waltz.

“Ah, then take the money and go buy yourself an elote, put any change you have in the church box. Tell the cura to spend it on pregnant women whose children will be born with tiny hummingbird hearts. They will have a tough go of it given that the world now wants to spread its riches on those wanting a sun that moves against time.”

The girl ran off with Moises’ bills.

Moises watched the last of the mercado trucks pull away. Soon he would be the only one sitting in the plaza, even Jose Maria the town-drunk had gone home to dream about the love of a father he’d never had. Moises briefly remembered his own parents now long gone. They were buena gente everyone agreed as did Moises who felt that they above all knew the real value of time

In the foliage of the plaza’s trees mourning doves cooed. A large flock had settled there and watched Moises take an Alas cigarette from his faded denim shirt pocket. He rolled it between his fingers not wanting to smoke but wanting to feel his little part of the world settle into an evening sleep. Tomorrow the sun will call this land home again Moises thought as a stray dog wet with fear hobbled past searching for a bit of sanctuary.