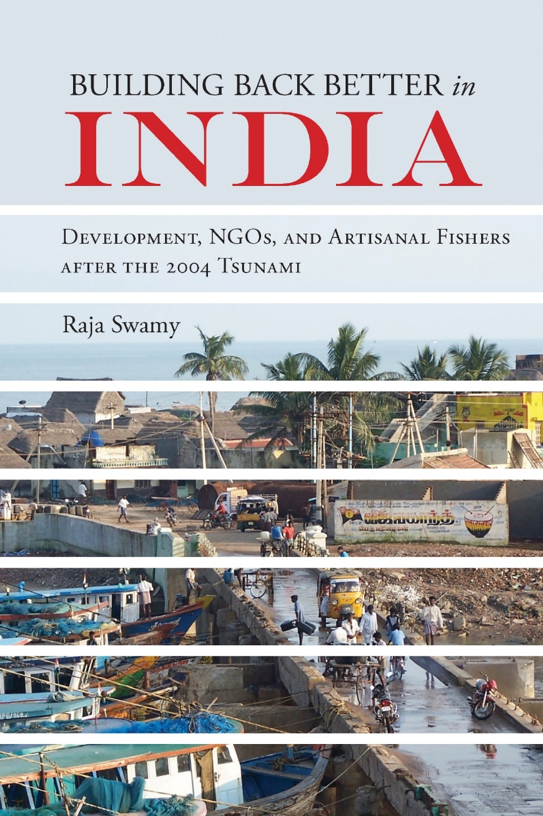 Building Back Better in India: Development, NGOs, and Artisanal Fishers after the 2004 Tsunami

Building Back Betterurges a critical approach to the study of disasters that goes beyond identifying the ways in which long-term social inequalities shape impacts and outcomes. If, as scholars insist, disasters reveal society’s disparate and maladaptive arrangements, this work explores the complexities, constraints and possibilities at play in the process of reconstruction, which in its incompleteness, reveals ongoing struggles over land and conditions for material well-being. Drawing on ethnographic fieldwork conducted in the South Indian state of Tamil Nadu’s Nagapattinam District, I show how and why the state-led, multilaterally financed, and NGO-mediated reconstruction process following the devastating tsunami of December 2004 prioritized the displacement of coastal fisher populations. Exploring the substantive differences shaping NGO action, specifically in response to core political questions affecting the well-being of their ostensible beneficiaries, Building Back Betteralso centers the political agency of disaster survivors and their allies among NGOs in contesting the meanings of recovery while navigating the process of reconstruction.

Like other recent works this book draws attention to the manner in which powerful players intensify ongoing assaults on populations under the guise of disaster reconstruction, but where it differs is in arguing for a foregrounding of the actions and goals of reconstruction’s key players – non-governmental organizations and artisanal fishers, in what eventuated as a messy and incomplete set of outcomes quite different from that envisioned by the state and its powerful multilateral partners.
This book will be of interest to scholars and students interested in the study of disasters, humanitarianism, neoliberal strategies of development, the defensive struggles of natural resource dependent populations and what is broadly characterized as disaster capitalism, the tendency of states and powerful entities to take advantage of disaster situations to advance agendas that benefit capitalists at the expense of local populations.