A new book by Patricia Widener 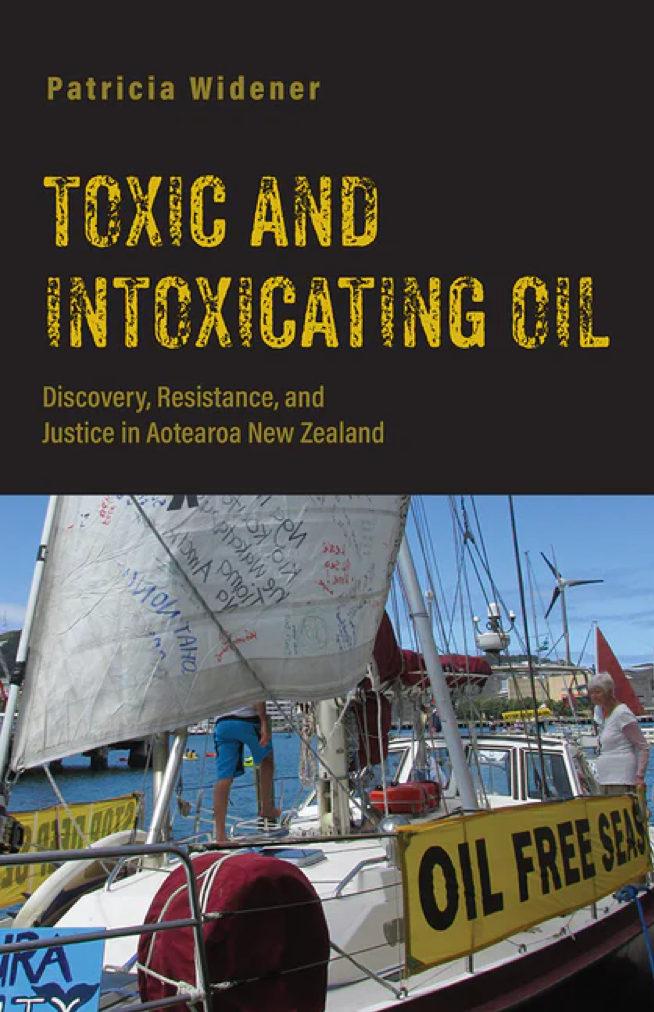 When oil and gas exploration was expanding across Aotearoa New Zealand, Patricia Widener was there interviewing affected residents and environmental and climate activists, and attending community meetings and anti-drilling rallies. Exploration was occurring on an unprecedented scale when oil disasters dwelled in recent memory, socioecological worries were high, campaigns for climate action were becoming global, and transitioning toward a low carbon society seemed possible. Yet unlike other communities who have experienced either an oil spill, or hydraulic fracturing, or offshore exploration, or climate fears, or disputes over unresolved Indigenous claims, New Zealanders were facing each one almost simultaneously. Collectively, these grievances created the foundation for an organized civil society to construct and then magnify a comprehensive critical oil narrative--in dialogue, practice, and aspiration. Community advocates and socioecological activists mobilized for their health and well-being, for their neighborhoods and beaches, for Planet Earth and Planet Ocean, and for terrestrial and aquatic species and ecosystems. They rallied against toxic, climate-altering pollution; the extraction of fossil fuels; a myriad of historic and contemporary inequities; and for local, just, and sustainable communities, ecologies, economies, and/or energy sources. In this allied ethnography, quotes are used extensively to convey the tenor of some of the country’s most passionate and committed people. By analyzing the intersections of a social movement and the political economy of oil, Widener reveals a nuanced story of oil resistance and promotion at a time when many anti-drilling activists believed themselves to be on the front lines of the industry’s inevitable decline.