The Political Economies of How We Define Gender-based Violence

Anthropologists working on gender-related violence have long problematized the terminology used to describe the types of violence they are writing about. Questions probe meaning and power, including “who benefits and who does not.”  Terminology to signify specific and generalized forms of gender-based violence (GBV) has changed over the decades, both within the field of anthropology and outside it. These changes are driven both by political economies[1] relating to global and national commitments (or lack thereof) to gendered violence, and by shifts in consciousness about ways that both colonization and patriarchy are perpetuated through our choice of words. When the term GBV was initially used, it was meant to politicize the human rights aspects of violence against women and girls (VAWG), not take a focus away from women and girls (Coalition of Feminists for Social Change (COFEM) 2018). However, over the past decade or more, the term GBV is increasingly being re-appropriated to be inclusive of men and boys, and people who are gender non-conforming. As a result, it is increasingly difficult to disaggregate what types of violence and what populations are being served or targeted. Understanding who is benefiting from the limited funds focused on GBV, and who is not, is becoming increasingly difficult.

From my feminist anthropologist perspective, I agree that expanding the meaning of GBV from VAWG results in diluting the attention on the deep-rooted structural and ideological patriarchies that exist globally and result in most GBV being perpetrated by men against women. On the other hand, also as an anthropologist, I don’t want to minimize the politically motivated gendered violence that gender non-conforming people experience, or conflict-related rape of men and boys.  In thinking about this, I found it useful to revisit some highlights of how anthropologists have framed their discussions of GBV before looking at how the international development community, including advocates, UN agencies and donors are doing so.

Sanctions and Sanctuary: Cultural Perspectives on the Beating of Wives (Counts, et al. 1992) and a revised edition, To Have & To Hit: Cultural Perspectives on Wife Beating (Counts, et al. 1999 [1992]), were early anthologies compiled to provide cultural context to one form of family violence (noted to go beyond male on female partner violence) that had been recorded by anthropologists, in most cases as part of traditional ethnography meant to touch on all aspects of a “culture.” Often this data was not published and observations of “family violence” and “wife beating" were just one aspect of the anthropologist’s role in conducting fieldwork.  Authors elected to apply terms that operationalized a stance of cultural relativity to the widespread acceptability of some violence by men against their female partners. Their analysis pointed to a distinction in many societies between “wife beating” that was considered culturally acceptable and not particularly harmful from a physical perspective, and "wife battering" that was outside the norm and results in severe injury.

In their edited anthology about workers on the frontline of GBV, Jennifer Wies and Hillary Hildane define GBV as inclusive of wide-ranging types of violence, including state-sponsored and structural violence, against any person or population based on their gender, noting that these phenomena go beyond cisgender women (2011). While adopting “GBV” for the book, they note that each author in the volume used the terms found in locations where studies were done.  Elizabeth Wirtz, in a recent blogpost (2019), talks about the GBV versus VAW dilemma, supporting the use of GBV as a term that is more inclusive than VAW. These explanations ring of an anthropological concern to be responsive to what we encounter in both our work and our personal lives, including the terms we use to describe violent encounters or experiences.

Sally Engle Merry notoriously framed the role of elite non-governmental organization (NGO) leaders who, particularly in the 1990s and early 2000s, acted to define, articulate, and translate global human rights at local levels (Merry 2006). Merry and others highlight the role of discourse, including how and what is articulated in policy, research, and practice, in shaping how global, national, and local VAW/GBV policy and practice filter down to affect the lives of women.

In the world of international development, where I work, the political economies of how and whether we frame GBV as more narrowly focused on VAWG, or more encompassing of other groups, is sometimes hotly debated, at other times hushed in the spirit of cooperation, and in still other instances the terms are used without intention or understanding.  Some advocate for being inclusive while maintaining a focus on women and girls; COFEM and others advocate for a “synthesized separatist approach,” where groups align with one another (2018).

The United Nations Population Fund (UNFPA), the UN agency designated as the lead on VAW, and a leader within international development’s attention to GBV, features on its GBV webpage a statement about VAW as a human rights violation that squarely affects women.[2] The 16 days of Activism against Gender-based Violence, now a UN-sponsored global campaign, is clearly framed as a focus on violence against women and girls.  On the other hand, some donors, including the US Agency for International Development, have a far more explicit emphasis on a broader definition of GBV that is intentionally inclusive.[3]

Over the past two decades bilateral and multilateral donors, as well as some private foundations, have made gender-based violence a significant aspect of development assistance. Since 2015 the Organisation for Economic Cooperation and Development (OECD) Development Assistance Committee (the DAC) has used a gender equality policy marker to track aid that supports gender equality and women’s rights, developed to support measurement of progress towards the 2030 Sustainable Development Goals. DAC members, approximately 30 bilateral donors and the European Union, are required to report whether, and to what extent, funding is meant to target gender equality as part of their annual reporting to the OECD.  DAC members are also asked to voluntarily use a “purpose code” that further delineates the purpose of funds. One of two codes related to the gender equality policy marker is “ending VAWG” – code 15180.  These codes have allowed more tracking of VAW/GBV funding than ever before and analyses, including one by Seek Development (Jaeger, et al. 2020) and an OECD report (OECD 2021) provide insights into the types of critical analysis that can be done using the VAWG purpose marker.[4] Data furthers our ability to think critically about the political economies of GBV funding. However, when definitions are conflated, inconsistent, and not clearly delineated, particularly around whether funds are explicitly for VAWG or other populations, the analysis is murky.

While feminist principles may be a valid reason for maintaining a separation of the work to end VAWG, advocates might want to expand their arguments. Clearly distinguishing VAWG from other forms of GBV will ensure better data that can be used to promote research and findings that have potential to shift the field.  My hope is that our voices will unite in the need for clear definitions, both to track the work we are doing, and to track the money, ultimately the only way we can understand to what extent there is a global commitment to either, or both, VAWG or GBV.

Many thanks to Emma Backe for her edits and suggestions.

Coalition of Feminists for Social Change (COFEM)
2018     Why does GBV programming focus on women and girls? . 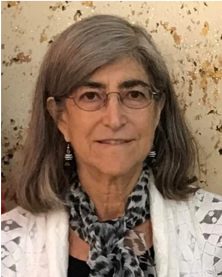 Diane Gardsbane, Ph.D., is an applied feminist anthropologist with a focus on work related to gender-based violence. She is currently working for Making Cents International leading a global initiative to strengthen the GBV development portfolio across the US Agency for International Development. Diane is a post-doctoral associate at the University of Maryland, College Park, where she received her Ph.D. Her dissertation was titled Violence Against Women Policy and Practice in Uganda: Promoting Justice within the Context of Patriarchy. A recent article published by Violence Against Women (Gardsbane, et al. 2021) features part of this work.

[1] Political economies is meant to reference the ways that power and politics affect the economics of who benefits and who does not. Most basically, a political economy analysis looks at how power and other structural factors affect the distribution of resources.