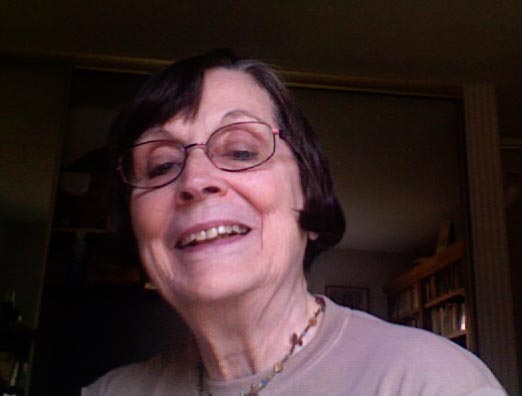 There is a debate underway in the United States whether democracy, as exemplified in the Constitution, is dead.  Certainly, constitutional powers are out of balance.  Both Obama and Trump have enhanced that of the Administration through claims of executive privilege.  Congress is riven by partisanship. The Judicial Branch increasingly is influenced by factional viewpoints on which appointment to a Federal bench now openly is based.

Present politics in the United States indicate that the American culture is fragmenting at an accelerating rate.  While anthropologists can’t pick up the pieces and set them aright, I think that they can use their knowledge of culture and its dynamics to give guidance in bringing about some coherence and even some social cohesion.

I find anomie and its related psychological condition, anomia, useful concepts in understanding present day political malaise.  Anomie can be a life-altering disruption in the life of an individual or it can be a disruption in the culture of a whole society  --  or both.  The state of the individual subjected to a double bind situation in the psych lab or to a cultural dilemma has been distinguished from the causal state of anomie and labeled “anomia”.

The literature is full of examples when a culture is disrupted and loses cohesion, when there are conflicting or absent “norms”.  Contact situations by definition require an assimilation process that can take generations.  The described process of adjustment is basically similar in case after case and usually dire.  Large waves of migrants or refugees also necessitate cultural adjustments in the receiving society.  Wars, famines, pandemics, economic crises, the introduction of disruptive new technologies, all require major cultural adaptations.  Any one of these can become stressful for individuals.  A society of   such stressed individuals impedes cultural adjustment.

Americans have endured one disruption after another in 20th Century alone.  No wonder that the American culture is fractured and the society factionalized.  No wonder so many people can’t cope and that alcohol and drug abuse as well as suicide rates are so high.

Anomia results from stress as do grief-after-loss and PTSD.  All three states are universal, regardless of culture, because all are caused by psychological stress.  They exhibit similar mental and behavioral manifestations; however, the reaction patterns are sufficiently different, each from the other, to identify them as distinct syndromes.  The differences occur because each results from slightly different stressful situations.

Anomia exhibits self-centeredness, reduction in altruism and compassion, distrust of “others”, apathy or hyperactivity or a vacillation between both, and can develop alienation and anger.  Another characteristic is a shortened time depth.  The past is irrelevant as a guide in rapidly changing circumstances where rules are too few or too many and may be in conflict.  The future is unpredictable.  However, a romanticized nostalgia can develop along with a desire to recreate an idealized by-gone state.  The norms attributed to that idealized state represent a comforting order.  They establish “true north” no matter what the compass indicates.

Living in an anomic world, it is each one for one’s self.  Not surprising, one doesn’t have much time or emotional energy for others. Lack of compassion has become a lamented trait in contemporary American society.

What imperils the health of any society, is that anomic members tend to restrict their interpersonal relationships and to rely on a small circle of people known intimately, whose behavior thus is predictable.   “Others” are stereotyped and categorized as “good” or “bad”, “useful” or “hindering”.  In this age of social media it is easy for “others” who are judged like-minded to band together and become an active faction.

The search for identity with like-minded others encourages factionalism, but at the same time it can lead to alienation from those categories of people thought different, indifferent, or even malign.  Generally speaking, in the U.S., affiliations with organizations and institutions not aligned with one’s interests are on the decline.  This leads to a weakening of the social fabric and exacerbates the kind of political fragmentation we are presently experiencing.

The state of anomia can be frustrating, even life-threatening.  An initial reaction is to identify someone with the authority to take care of what feels disturbing.  This is a passive reaction leading to apathy.  However, anomia can actually be painful.  As I witnessed in the 1960’s, it can lead to anger.   Such anger is usually turned on those deemed able to “make things right” whether “they” have that power or not.

So, what can an anthropologist do?  Perhaps most effective is to assist people to understand the links between cause and effect.  This can make a population less vulnerable to propaganda and “alternate facts”.  It can enable people not only to think in terms of goals but also in terms of realistic means to reach those goals.

The ability to trace ramifications and develop systems that produce desired ends is one most anomic people lack. Without this ability they are vulnerable to “fixes” that aren’t in their best interests.  The choices to be made in the 2020 U.S. election are poles apart with a “moderate” middle defaulting more or less to the status quo.  Meanwhile, the culture is being disrupted with increasing frequency necessitating radical cultural adaptation.

I am not advocating that anthropologists play partisan politics.  However, the relationship between culture and society is a two-way street.  In the past, societies have not had the conceptual tools to plan for adaptation in disruptive circumstances and to guide cultural change toward satisfactory ends.  Now we do.  We should use them.