Notes from the Editors: It’s a Strange World

Greetings from Pipe Spring National Monument, where the Covid ups and downs have deposited Ranger Jeanne this summer.  Located on the Kaibab Paiute Reservation, Pipe Spring is situated between the Vermillion Cliffs and the North Rim of the Grand Canyon in the Arizona Strip. 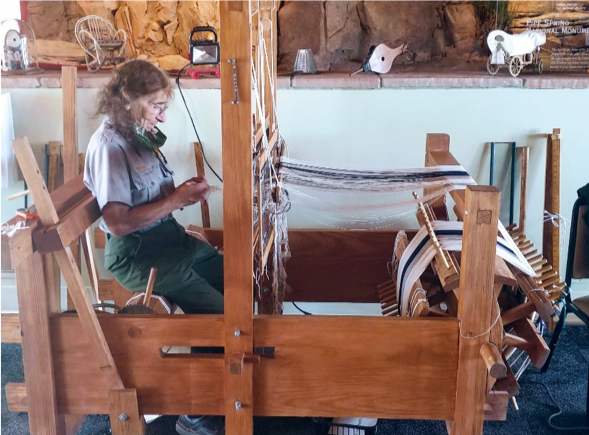 Originally slated to work at Mesa Verde this summer, the rising Southwest Covid levels brought me to a new and fascinating section of the world. I’ve learned more in the last 5 weeks than in the last 5 years.  Pipe Spring is a small monument with a big Native and Mormon settler history, and the key is water.  The Monument has a small but informed staff, a combined settler and Native garden, livestock, and a massive counterbalance loom.  Working here is an unexpected gift.

Our garden is tended by Ranger Autumn Gillard, a Paiute anthropology major who grows amaranth, corn, beans and squash, gourds, carrots, tomatoes and more.  Look for an article by Autumn in the next issue of the News which talks about NPS-tribe relations, gardening, and applying anthropology.

Pipe Spring is in phase 2 of our reopening plan.  We don’t know when we’ll open the buildings, including the Museum and the Fort.  You can see it all online at https://www.nps.gov/pisp/index.htm .

I don’t know how I feel about being part of a uniformed paramilitary organization and representing the government at this point in its downhill slide. But I love talking to people, mask and all. My thoughts go out to nurses, EMTs and other frontline health care workers who are getting really tired. Let’s hope for the best in the next 100 days. 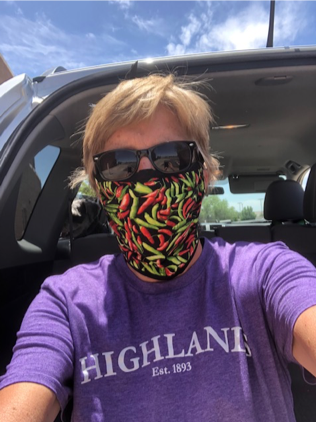 During the month of May  COVID-19 infection rate on the Navajo reservation was the highest in the US after New York and New Jersey.  To make things worse, about 40% of the households on this vast reservation (roughly the size of West Virginia) have no running water, a factor that made regular hands washing (basic but effective protection from COVID-19) very difficult.  During the same period, hand sanitizers were very hard to find, which made disease prevention on the reservation even more difficult.  My colleague, Tatiana Timofeeva (a Chemistry Professor) who knew of my years of work and friendship with Navajos, offered to work with international graduate students, who had nowhere to go and stayed on campus during the summer, to produce hand sanitizers for Navajos.  In less than an hour we obtained the approval of the Chemistry Department Chair and the blessings of New Mexico Highlands University’s President Dr. Sam Minner to order all the necessary ingredients and proceed with the preparation of hand sanitizers.  Graduate students Tatiana Korniliva, Victor Glebov, and Evghenii Jucov produced the hand sanitizers in a chemistry lab.  They later helped load crates that contained 130 1-liter bottles of hand sanitizers to my vehicle for delivery to the Northern Navajo Medical Center in Shiprock, New Mexico (located in the Four Corners area of the United States). 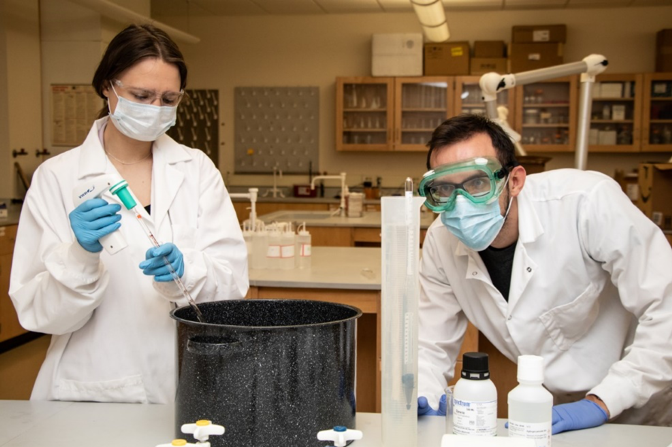 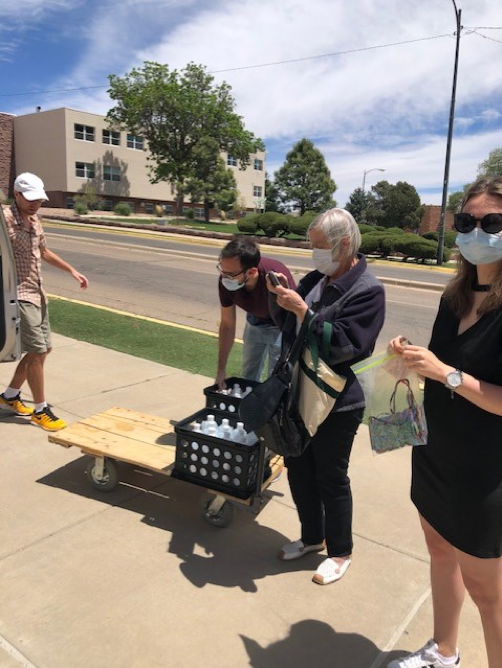 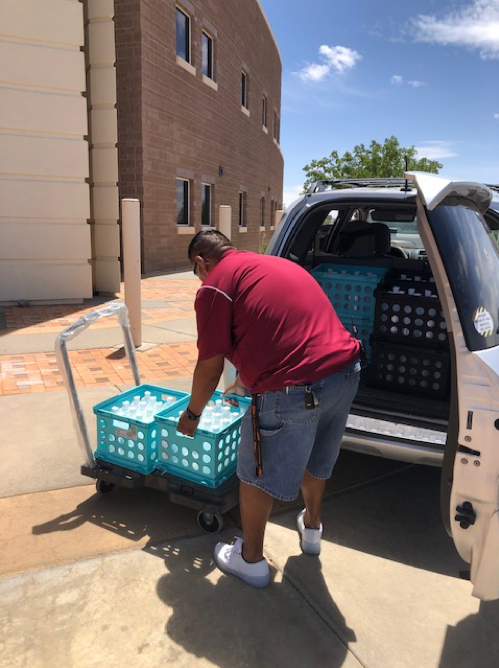