As we worked on Sexual Citizens: A Landmark Study of Sex, Power, and Assault on Campus (Hirsch and Khan 2020), we knew that it would be read in conversation with at least two other ethnographies: Peggy Reeves Sanday’s classic Fraternity Gang Rape (Sanday 2007), and Elizabeth Armstrong and Laura Hamilton’s Paying for The Party: How College Maintains Inequality (Armstrong and Hamilton 2013). There is a clear through-line between the three projects: Sanday’s work examines campus Greek life as an institution in which sexual violence was deployed to reproduce masculinity. And then Armstrong and Hamilton’s work – both the book and their extraordinary article on campus party rape (Armstrong, Hamilton, and Sweeney 2006)– foregrounds the intertwining of class and gender in relation both to sexual assault and to the broader campus experience. Our work builds on those foundational ethnographies through the way that we center race in our analysis. This includes both examining the power of whiteness on campus and looking at how vulnerability to assault is intertwined with race. Here, we briefly discuss some of the methodological decisions that enabled us to take this more intersectional approach to studying campus sexual assault (Crenshaw 1991).

Sexual Citizens draws on ethnographic research realized on the Columbia and Barnard campuses as part of the Sexual Health Initiative to Foster Transformation, which Jennifer co-directed with clinical psychologist Claude Ann Mellins. Claude and Jennifer together made a critical methodological choice that turned out to be crucial for our capacity to apply an intersectional lens: to adopt a Community-Based Participatory Research Approach within and among the student body. SHIFT had three advisory boards: an Institutional Advisory Board, which included senior administrators from across the campus whose work, in various ways, shaped the student experience; a faculty advisory board, which only met several times but provided key early-stage input; and an undergraduate advisory board (UAB), which met every Monday morning at 8 am throughout the course of the research.  As we discuss in greater length in an article coauthored with two of the students who served on the UAB (Wolferman et al. 2019), that advisory board helped us map the diversity of campus spatially, temporally and socially. As students selected to represent the diversity of Columbia and Barnard’s undergraduate student bodies, these advisory boards opened many doors for our ethnographic research team. As we conducted the fieldwork, we shared back with these grounds the kinds of organizations and events at which our team was conducting participant observation. The student members also pushed us every week to keep expanding, to examine campus life as experienced by queer students, students of color, religiously-engaged students, international students, and other groups whose experiences have figured less prominently in the national conversation about sex, assault, and campus life.

A second set of decisions were regarding staffing up our team. In interviewing applicants for the ethnographer positions, we sought to hire a team that, in its entirety, could help us understand the experiences both of students in minoritized social groups and those in positions of structural advantage – in other words, a team that could navigate the social complexity of the undergraduate social world, and could succeed at conducting participant observation in a way that reflected the diversity of Columbia and Barnard’s undergraduate student bodies. But the focus on diversity included examining masculinity in its most powerful forms. We hired researchers from a range of disciplines—with backgrounds in masculinity, social work (domestic violence), HIV/AIDS among Black and Latino men, and queer identities; while we started out with two Columbia doctoral students as part of the research team, none of those who conducted participant observation were current students. Our researchers also reflected a range of gender, racial, and sexual identities. We posted biographies and photos of all of our interviewers on the project website; research subjects could select any one of our researchers to be interviewed by. In general, subjects chose the researcher who first contacted them about an interview. In our fieldwork, researchers tended to focus on particular populations—e.g. one seeking to integrate into fraternity life, another among Christian Fellowship organizations; all of our researchers, however, had more than one group with which they became integrated.

Third, in addition to cultivating team diversity, we were intentional in working together with our team to sample for diversity, tracking both interviews and participant observation across multiple axes of inequality, and course correcting as needed. Because of the diversity of our team, what this meant in practice was that midway through the fieldwork the major pivot that we made was a more explicit effort to study wealthy cis-whiteness as it relates to power on campus. Our research team had done extraordinary work recruiting queer students, students of color, and others with minoritized identities on campus, but we pushed them to round out the picture with more “white finance bros” and “field hockey girls.” Integrating into these spaces of whiteness and power, however, was a challenge. It led us to realize that even as whiteness was dominant—reflecting how minoritized students called Columbia a “white institution”—that dominance did not mean it was accessible. In itself this research experience was a lesson. While white spaces dominated the party scene, as reflected in how students partied (alcohol being central) and the kinds of music played, that did not mean that accessing those spaces was as simple as walking through the door. Reflexively, this helped us more clearly see the interrelationships between spatial dynamics and intersectional inequalities. The dominant party spaces on campus, particularly those that freshman and sophomores might be driven to participate in because of institutional policies limiting their substance use in their own spaces, were controlled by wealthier, mostly white, men. Studying up in relation to race and sexual assault means thinking – both methodologically and conceptually – about how whiteness operates. In Sexual Citizens, we discuss how the ‘toxic campus brew’ of masculinity, wealth and whiteness is part of the social context of campus sexual assault.

Fourth, our intersectional analysis was enabled by nesting the ethnography within a larger research project that also included population-based research – specifically, a survey of the Columbia and Barnard undergraduate student body, examining prevalence and predictors of sexual assault. There were multiple advantages to this approach. Being able to contextualize our findings within patterns revealed through a random sample survey afforded us the capacity to speak more directly to the generalizability of our findings. This is not to say, however, that the survey was the “gold standard” against which our ethnographic data was compared. Instead, our multiple methodologies allowed for a more dialogical approach, highlighting the importance of qualitative knowledge.

For example, the survey found that the rates of sexual assault were no higher for Black women as compared to other women,(Mellins et al. 2017) on average. Yet our ethnography generated two important insights in relationship to this finding. First, though the rates might be the same, the kinds of assaults they experienced were different. We saw that the social organization of assault as experienced by Black women was distinct from that of other women; or put differently, the rate might be the same, but the “kind” of assault was different. According to our ethnographic research, Black women drink less than white women, and they participated far less frequently in the white-dominated spaces of social life. As a consequence, the “drunken assault” that dominates the public conversation about campus sexual assault, as well as prevention programing, was less common among Black women. But even more important, though the rates of assault by racial identity appeared the same on the survey, we did not find this in our ethnography. Every single Black woman we spoke to had a story of unwanted sexualized touching. This astonishing fact requires us to realize that such non-consensual touching may be so common as to be comparatively unremarkable among Black women. It also reinforces the insight that the social organization of assaults is distinct. While we often think of assault as “gender based misconduct,” this single lens of gender misses the intersectional dynamics of assault. The experiences of these undergraduate Black women is, certainly, gendered. But it is, in our view, far more racialized, reflecting a racial sensibility among these women’s peers that Black bodies are available to be touched, that Black subjectivities are not afforded the same rights of self-determination.

One of our primary hopes emerging from this research is that other researchers build on our findings, including addressing some of the unanswered questions that our work points to. We argue that institutional and organizational dynamics are essential for understanding assault, but having done the research in one campus community means that we lack variation along that crucial axis. Research on multiple campuses is essential. Particularly important, given our focus on spatial dynamics, is research on commuter schools. Most American students today do not attend residential colleges, and our research does not reflect that reality. Given the centrality of race to our findings, we also see the necessity of lifting up existing work realized at HBCUs, as well as supporting more work within those contexts. And more work in international contexts, and particularly non-Western contexts, would provide an essential comparative level for better understanding how we might creatively work to develop better prevention efforts around sexual assault globally. Finally, there are some dimensions of diversity we were not fully attentive to. Sexual Citizens does not attend to the diversity of Asian experiences, for example. And most important in our view, the book is silent on the question of disability and assault. We hope our intersectional frame will be extended by scholars, and our framework evaluated in light of new work pushing further into a better understand of such difference. 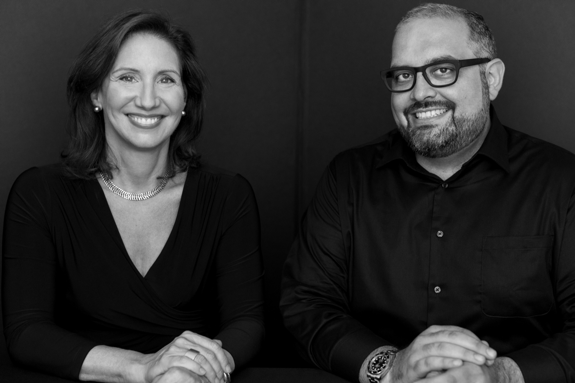