(parts of this appeared in the New York Times) 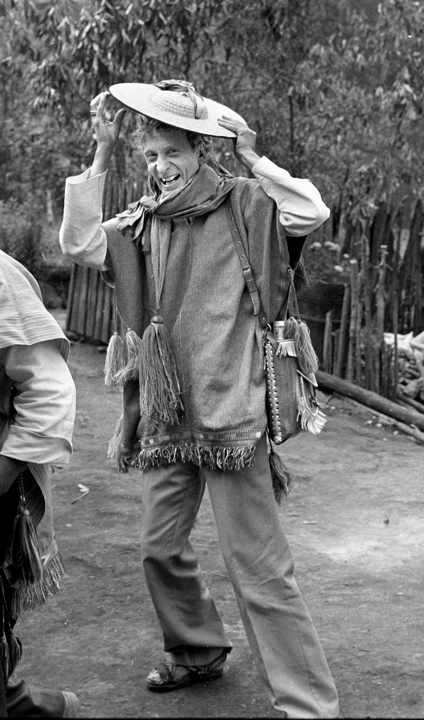 Robert M. Laughlin, an anthropologist and linguist whose extensive work in the state of Chiapas in southern Mexico documented and helped revitalize Mayan languages and culture, died on May 28 in Alexandria, Va. He was 85.

The cause of death was Covid 19.

Bob spent much of his professional life doing field work in Chiapas, beginning in the late 1950s. He learned the Tzotzil (also spelled Tsotsil) language as a graduate student with the Harvard Chiapas Project, a long-term ethnographic field study that had just been started by Professor Evon Vogt and was focusing on the town of Zinacantán. After years of painstaking work, in 1975 Dr. Laughlin published The Great Tzotzil Dictionary of San Lorenzo Zinacantán, with 30,000 entries.

The dictionary, published by the Smithsonian Institution, where Bob worked from 1965, and was was curator of Mesoamerican ethnology. It was a deep dive into word origins, how the language had mutated and more.

In 1982, when some Indigenous friends asked him for help in creating a cultural association, he became one of the founders of Sna Jtz’ibajom — or, in English, the House of the Writer, a collective that promoted local writings and publications.

An offshoot of that, a few years later, was Monkey Business Theater, a troupe that performed folk tales and other works.  Those of us who knew him in Chiapas met him at Sna Jtz’ibajom, in his glorious garden in San Cristobal with his wife, Mimi, or at celebrations in Zinacantán.

Whether Bob was a formal member of SfAA doesn’t matter.  He lived the application of anthropology, and helped teach it in Chiapas.  He did so with the wisdom that comes from the heart, tzib kolonton, a place where wisdom, art and words dwell together.  He will be missed.