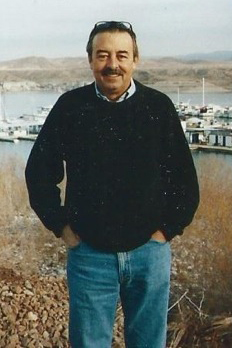 The James Anthony “Tony” Paredes Memorial Plenary is a featured presentation at each of the annual meetings of the Society. The Plenary highlights and explores an important issue in contemporary Native American life.

The Paredes Plenary was established through a distinctive partnership between the SfAA and the Poarch Band of Creek Indians. This partnership grew from a long-term relationship between Prof. Paredes and the Tribe dating back to 1971. At that time, Prof. Paredes initiated a series of studies which focused on the history and culture of the Tribe. He continued these efforts for the next thirteen years, documenting through oral tradition, marriage records, and land transactions, the rich and vibrant culture of the Tribe. In turn, these data provided substantive evidence for the application for Federal recognition which the Tribe was awarded in 1984.

Following his death in 2013, the leadership of the Society began to explore ways to celebrate Tony’s professional life. It was at this point that Tony's widow, Alleen Deutsch, provided the vital linkage through her connections and exchange with the Tribal elders and leadership. With her assistance, the concept of the Paredes Plenary was formulated and a request for financial support was submitted to the Tribe. In 2015, the Poarch Band of the Creek Indians endowed the Plenary with a generous contribution.

Native American leaders strive to balance traditional heritage with contemporary cultural influences, while anticipating future impacts on traditional culture. In order to collaboratively design Tribal facilities, design professionals must seek to understand Tribal values and economic pressures from the point of view of Tribal people. Making a conscious effort to honor the unique aspects of each Tribal group helps achieve the balance between traditional and contemporary. This presentation discusses how cultural influences can inform meaningful design solutions that honor heritage and environment, along with contemporary values.

Sustainable Relationships: The Future of Applied Anthropology in Native Communities

This year’s theme for the annual SfAA meeting is Sustainable Futures. The topic for the Paredes Memorial session will be centered around the practices and ideologies that can serve to sustain relationships between native communities and the anthropologists who work with them. The relationships between communities and the anthropologists who work with them were of particular interest to Tony and he sought to foster their sustainability and survival. These relationships can take a number of forms in various contexts, and this session will provide a space for the exploration of the potential in this diversity.

Listen to the Plenary Session online

Decolonizing Both Anthropology and the Museum: Native American Practitioners’ Perspectives

Both anthropology and museum collecting share a colonial past with a power imbalance between exogenous ethnographers and curators on the one hand, and the communities they seek to represent, on the other.  Native American communities, in particular, have been the subject of extensive anthropological research and museum collections but rarely control the presentations and images of their own culture This session will discuss the transformations when Native American communities demand and achieve control of their own cultural property both in museums and via ethnographically collected materials such as language, oral narratives, and religious traditions.  Examples of these transformative narratives  will be presented by Native American representatives describing installations at the National Museum of the American Indian, the Institute of American Indian Arts, and the Museum of American Indian Arts and Culture.  This panel will be a roundtable style event, and we encourage participation from the audience!  A reception will follow.

Listen to the Plenary Session online

Grand Chief Edward John, LL.B is the Hereditary Chief of Tl’azt’en Nation on Stuart Lake in Northern British Columbia, member of the First Nations Summit Task Group, former Co-Chair of the North American Indigenous Peoples’ Caucus, participated in the development of the Declaration on the Rights of Indigenous Peoples which was adopted by the United Nations General Assembly in September 2007.

HILLAIRE, Darrell (Lummi Nation Member, Lummi Indian Business Council and founder of the Lummi Youth Academy) The Use of Film to Convey Native American Voices and Actions to Preserve the Earth

Listen to the Plenary Session online.

Evening with the Elders at the Poarch Band of Creek Indians: A Living Tribute to Dr. J. Anthony Paredes

In 2013, the Office of Archives and Records Management at the Poarch Band of Creek Indians launched the new ‘Evening with the Elders’ program which became an overwhelming success and is still growing in popularity today.  This monthly series features the audio recordings of renowned Anthropologist Dr. J. Anthony Paredes who interviewed tribal leaders in the 1970s and collected data on tribal history that exists nowhere else on Mother Earth. This session showcases segments of the interviews from this highly praised series which brings tribal voices out into the light of the modern-day community setting.  It demonstrates how the extensive anthropological work of Dr. Paredes has long-ranging influence on the Tribe’s archival acquisition expansion, Museum exhibit development, and historic Picture Book publication.  The panelists discuss the impact of Dr. Paredes’ treasured recordings on the tribal community today.

This tribute session honors James Anthony “Tony” Paredes, past President of SfAA, ethnologist and applied anthropologist and recognizes his contributions from destinations in a career spanning more than 45 years. American Indian anthropology remained Tony’s lifelong destination and presenters consider his work among American Indian peoples, especially in the Southeast.  Collaborative research led to other destinations, and presenters consider Tony’s side trip to fisheries in the Gulf of Mexico.  Significant outcomes - scholarly, public and policy-relevant - are highlighted.  Discussants identify common themes and expand on Tony’s contributions. Time is allotted for session attendees to offer additional tributes.