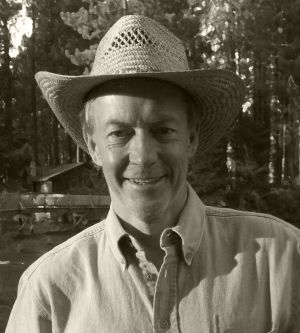 Michael Kearney, professor emeritus of anthropology at the University of California, Riverside, died on November 12, 2009, in Moreno Valley, California. Born on December 22, 1937, in Hayward, California, he and his sister were raised in a family that valued curiosity, honesty, fairness, and genuine concern for the well-being of others. He attended the University of California School of Dentistry but switched to the anthropology program at Berkeley, where he received his B.A. (1963) and Ph.D. (1968) degrees. He joined the anthropology faculty at UC Riverside in 1967 and remained there until his retirement in 2008.

Kearney’s anthropological studies began in Oaxaca in the mid-1960s, ﬁrst in the Zapotec community of Ixtepeji and, a few years later, in the Mixtec community of San Jeronimo Progreso. He returned annually—and, at times, even more often—to trace the changing dynamics of the everyday lives of their members, to renew friendships and kin relations, and to happily fulﬁll commitments to the communities. As the devastating consequences of neoliberalism hardened in Mexico, growing numbers of oaxaqueños (Oaxacans) emigrated and settled in Baja California and the western United States. Michael said that he no longer had to go to Mexico to talk with informants and friends because he could meet them in the citrus groves and towns surrounding UCR to see whether what he was thinking jibed with what they were experiencing. He was among the ﬁrst anthropologists to explore the implications of conducting research with persons who lived in communities on both sides of the U.S.–Mexico border and who maintained ties with their natal communities. He knew that emigration affected not only the people who moved but also those who remained behind. By the late 1980s, his path breaking works on transnational communities and transnational borders inspired colleagues worldwide to think in new ways about these issues and the forces underpinning them (1988, 1995a, 1995b; Kearney and Nagengast 1989; Nagengast and Kearney 1990). In the process, he began collaborative research with UCR students and Mexican colleagues on both sides of the border, which continues to the present (Besserer and Kearney 2006).

As the geographical loci of his research expanded, Michael began to look at the health and identity of transnational indigenous farm workers in California, the emergence of new social networks, poverty, and most importantly the rights of indigenous peoples. His focus on individual and community rights led him to serve as an expert witness in trials involving mixtecos (Mixtecs) who spoke neither Spanish nor English and were thus often denied adequate legal counsel. These experiences brought him into closer relations with community members. Through these collaborations over the course of four decades, Michael earned the respect and trust of grassroots and hometown associations of communities living and operating on both sides of the border. His advocacy and his writings clariﬁed immigration and citizenship issues, underlined the importance of justice for all, and created new ways for oaxaqueños, anthropologists, and government ofﬁcials to think about and engage with the changing worlds in which we live. He was fearless when confronting oppressive authorities on both the Mexican and U.S. sides of the border and stood ready to face down those who thought they were beyond challenge. On more than one occasion, he placed himself in harm’s way without weapons except those of indignation, honesty, and a sense of fairness.

Anthropology was a calling for Michael, and he continually worked toward improving the theories and practices that informed it. He advocated an integrated and integrating anthropology. His anthropology was self-reﬂective and critical of its own theories, socially engaged, and one that viewed the traditional subﬁelds of anthropology as constitutive of a larger whole. Although he hinted at this in the preface to Changing Fields of Anthropology (2004), he was much more explicit on his webpage, where he noted that all too often anthropologists did not reﬂect on the basic assumptions of their worldview; that their premises were integral to the prevailing worldview of the wider society; and that they were “an aspect of a highly efﬁcient system of reproducing socioeconomic and cultural inequality.” He wanted to re-formulate the premises of U.S. anthropology to “provide a more progressive and contemporary intellectual foundation for its reorganization” (Kearney n.d.).

It is possible to periodize Michael’s work into pre– and post–Carole Nagengast phases. In the earlier phase, his audience included members of his dissertation committee, who had their own research agendas. Although his dissertation was highly original, it did not represent a sharp departure from his mentors, George Foster and Laura Nader, to whom he dedicated The Winds of Ixtepeji (1972). The break occurred after he arrived at UCR, where he met and subsequently married anthropologist Nagengast. She became a constructive critic who provided commentary on his work in ways he could hear and use productively for the rest of his career. They had an ongoing dialogue about both of their work for more than 30 years. Carole knew what he was thinking—at times more clearly than he did—as he was searching for ways to say something new; she told him when his ideas were thought provoking and should be pursued and, as important, she told him when they were not. They wrote relatively little together but did so when their anthropological praxes intersected—notably around issues of human rights, indigenous workers, and poverty. This joint work inﬂuenced a number of Michael’s subsequent contributions, including Reconceptualizing the Peasantry (1996), Changing Fields of Anthropology (2004), and the unﬁnished book project (Symphonic Pragmatic Anthropology: From Four Fields to One) described on his webpage (Kearney n.d.).

Kearney’s later phase is apparent in the introduction to World View (1984), although its roots can be found in earlier writings. Here, he incorporated a Marxist perspective into his anthropology, especially with regard to considerations of worldviews. He felt that topic had been dominated by what he called “cultural idealist” theories that claimed value neutrality and generally ignored the fact that world-view theories were class based and ideological in nature as well as refractive of the moral and political standpoints of their proponents. Kearney argued instead for unpacking the concepts that we use and for making explicit the source and nature of the premises that underpin anthropological praxis. He suggested that worldview (culture) and reality are linked in three ways. First, worldviews are images that mirror the world in which people live. As such, social-class relations underpin the anthropological megascripts of rationalizing ethnic relations and the emergence of ethnicity and race as a central mode of explanation. Second, people test the utility of those worldviews as they use them to guide social action. Third, the distinctive features of humankind—creative intelligence manifested in labor, sociality, language, culture, the production of items that satisfy needs, and the creation of new needs—were neither timeless nor persistent but, rather, were constituted, reproduced, and transformed in particular sociohistorical contexts.

Kearney made this third point with reference to peasant societies and cultures, arguing that the cultural practices and economic infrastructures of modern peasant communities are shaped partly by their histories and partly by their relations with neighboring communities and larger sociopolitical entities. This means that the communities with whom he worked in Oaxaca are probably different from those in other regions of Mexico, ones that existed earlier in 19th-century Oaxaca, or those of pre-Columbian times. In other words, the worldviews, cultural practices, and social relations of peasant communities are historically determined by the structures and practices of wider social entities, and the ability of the members of these communities to make their own history and to create their own cultures is constrained by those wider structures and practices.

The emigration of indigenous workers from Oaxaca led Michael to reconsider rural society in general and what he viewed as the increasingly problematic distinction between rural and urban. Reconceptualizing the Peasantry  “develops ethnographic and political forms of representation that correspond to contemporary post peasant identities” and “situates anthropology in a global context, showing how the discipline reconstructs itself and its subjects according to changing circumstances” (1996:jacket). This work offers a self-reﬂexive examination of anthropology itself: its practitioners elaborate new conceptual frameworks or, more frequently, borrow (often uncritically) from older ones to describe and explain what is happening to their subjects—to portray people in crisis—without always realizing that they themselves are also people in crisis.

In Changing Fields of Anthropology: From Local to Global  (2004), Kearney makes more explicit the idea that the history of anthropology occupies the same terrain as the history of politics. He writes that “the intellectual products of anthropology should be considered sociocultural artifacts, no different from any other artifact that is situated within, and is the expression of, a particular sociocultural context” and that “anthropologists like other communities have a sociology and history conditioned by the larger political, social, and cultural contexts in which they exist” (2004:3). This allows us to consider a series of largely unexplored questions: How have anthropologists made their intellectual products available to national states? How do the intellectual spaces occupied by anthropologists differ from one national state to another, and how do they articulate with one another? Or how has anthropology as a ﬁeld, and anthropologists as disciplinary practitioners, sustained and undermined the agendas of states and their agencies?

Praxis, for Michael, was the basic attribute of human beings. It involved (1) human activity as well as consciousness of self and other; (2) consciousness of the objectiﬁcation of nature conditioned by the level of development of the productive forces and the ensembles of social relations and cultural forms associated with them; (3) relentless criticism of existing conditions and the reform of consciousness not through dogma but, rather, by analysis of the consciousness that is unintelligible to itself; and (4) the quest for practices that would improve the circumstances of the communities with whom he worked, both oaxaqueños and anthropologists. His notion of praxis was always infused with a profound sense of morality, which entailed life long commitments to issues of justice, freedom, and emancipation from entitlements that had been forged and imposed by the members of economically and politically dominant classes. In his words, “objective and practical social knowledge, when imparted to the vast majority is inherently subversive” (Kearney1984: 211).

The passion that Michael Kearney felt about these issues came through in his political activism, his deep concern for the well-being of others, and his clear understanding of the signiﬁcance of both language and audience. He ﬁrmly believed that the purpose of anthropological inquiry was not merely to interpret the world in various ways but, rather, to change it—to make it better for all of humanity.

1972 The Winds of Ixtepeji: World View and Society in a Zapotec Town. New York: Holt, Rinehart and Winston.

1995b The Local and the Global: The Anthropology of Globalization and Transnationalism. Annual Review of Anthropology 24:547–565.

2004 Changing Fields of Anthropology: From Local to Global. Lanham, MD: Rowman and Littleﬁeld.