The previous P.K. New Winners “immediately made us feel like a part of their community”: An interview with Amy Kennemore, 2nd Place P.K. New Award Winner, 2017 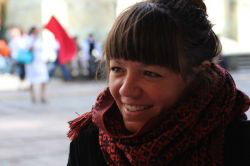 Amy Kennemore is a PhD candidate in anthropology at the University of California, San Diego. She has been an affiliated researcher of the La Paz Departmental Association of Anthropologists since August of 2015, conducting collaborative research with social science researchers, non-governmental workers, activists, and indigenous community members in the highland region of Bolivia to implement new forms of legal pluralism. She currently serves as Editorial Assistant for the journal Latin American and Caribbean Ethnic Studies. Amy was traveling when we spoke, and we conducted our conversation via e-mail.

Sara Wilson: How did you become interested in anthropology generally? Was graduate school an obvious decision for you, or sort of a painstaking decision-making process (or both)?

Amy Kennemore: In addition to a Bachelor’s in International Relations, I received a Master’s degree from UNCC in Latin American Studies. Both programs were interdisciplinary and offered interesting approaches to broad topics that interested me, such as race and power relations, human rights, governance, and market capitalism. I found that anthropology offered particularly useful insights to explore the complex ways in which these topics intersected and shaped peoples’ everyday lives. In particular, I have found ethnography useful as a tool that a wide range of actors can use to locate and respond to different historical forms of injustice.

I never planned on attending graduate school, and worked full-time as a bartender and in friends’ retail stores while completing my first Master’s at UNCC. But it was during this time that I became excited about the idea of getting a PhD and committing to a long-term graduate program. Although getting accepted to the University of California at San Diego meant I had to leave behind the art and music collaborations that I had for over a decade in my hometown of Charlotte, NC, I was thrilled to be

accepted to UCSD and did not think twice about entering the program.

SW: Your work looks at emerging forms of governance and politics in Bolivia by examining the practices of knowledge production around legal pluralism. How did these interests, specifically, emerge? What attracted you to Bolivia?

AK: I first became interested in legal pluralism while in Oaxaca, Mexico, participating in a study abroad Spanish language immersion program in the summer of 2006. During that time, primary school teachers from the region, many of whom were indigenous women, led a series of protests to demand an end to government corruption and support for local schools. Their demands were met with governmental repression that then led to violent confrontations between local social organizations and the government in the months leading up to and following Mexico’s contentious presidential election that year. My interest in legal pluralism came out of these experiences, from learning from the different forms of collective organizing that emerged to analyze and respond to the challenges presented by the Mexican government’s response to the demands of teacher and indigenous organizations during the protests of 2006 in Oaxaca. In particular, the movement called attention to indigenous peoples’ struggles in the region to have their rights to the autonomous exercise of their own forms of justice recognized by the government, which sparked my own interest in understanding the tensions between liberal and indigenous legal systems across the Latin American region as a site of politics. 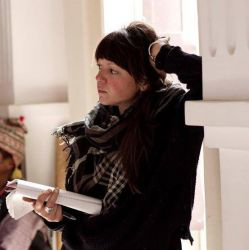 My experience in Oaxaca drove me to pursue graduate studies as a means to better understand this tension, where I discovered the field of legal anthropology in Latin America and legal pluralism as a form of engaged research that is aligned with indigenous organizations’ efforts to demand and exercise their rights to autonomy. Bolivia has arguably been one of the countries in the region where such efforts have led to substantial constitutional reform, following the historic election of its first “indigenous” president Evo Morales

in 2005 and the passage of a “plurinational” constitution in 2009. However, such transformations also raise new challenges for local actors in their everyday efforts to improve their livelihoods. Personally, I think such challenges offer new insights into the dilemmas of pursuing legal strategies for justice in the context of the rapidly shifting economic and political dynamics that are unfolding across the region. Departing from a shared commitment to research in support of indigenous peoples’ political objectives, my focus on legal pluralism in Bolivia seeks to add to a broader understanding of the dilemmas of doing so through legalist strategies of pursuing justice.

SW: You had the opportunity in Santa Fe to meet and interact with other Peter K. New winners: what was that experience like?

AK: One of the best things about meeting the other Peter K. New winners was learning about everyone’s different approaches to applied anthropology in their own projects. We also had an award dinner with winners from previous years, who offered great advice on how to approach the next stages of our academic careers—they immediately made us feel like a part of their community.