“Do you ever feel like you don’t know what you are doing, despite what your CV looks like?”: An Interview with Adrienne Strong, 3rd Place P.K. New Award Winner, 2017 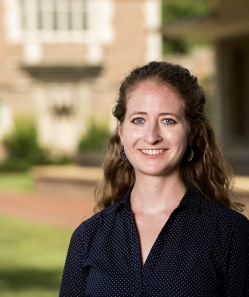 Adrienne Strong is a joint Ph.D. candidate in the Department of Anthropology at Washington University in St. Louis, and at the Universiteit van Amsterdam’s Health, Care, and the Body group in the Amsterdam Institute for Social Science Research. Adrienne will graduate in May 2017, and plans to accept a postdoctoral research fellowship at Columbia University’s Mailman School of Public Health in the school’s Averting Maternal Death and Disability (AMDD) group. Adrienne, then in New York settling into her postdoctoral position, spoke with me on the phone in mid-August 2017.

Sara Wilson: What has been your educational background?

Adrienne Strong: So basically, I um…in high school I thought I would become a doctor, thought I would go to medical school because I think for a lot of people when you’re in high school and you’re good at science, that’s sort of what you know that there is to do. And my dad’s an engineer, but I don’t have any other family members that are sort of in the sciences, so…it was kind of like, “okay well, I guess I like biology, and I took anatomy and physiology in high school, so I guess I’ll go to medical school.” And this biomedical science major was interdisciplinary and you could take a variety of classes that would count. I could take intro to neuroscience instead of plant biology, for example. And then I went to Tanzania the first time after my freshman year, with an organization called International Service Learning. That sort of started everything I guess—there were I think twelve of us all from different universities, and I loved it, and I went back to Ohio State and started studying Swahili. And some of the people that were on that first trip had contacts in another area of the country, and after our organized trip they stayed longer, said the place where they went would love to have other students in the future, and so the following year three of us from that original trip went back to that area where those people had contacts. So that was my sophomore year. And there were some things that happened in the hospital that were really fascinating to me. There was sort of a conflict between the healthcare providers and the patients that was really rooted in different understandings of what was causing their illness. And that to me was super fascinating, and basically, I left the hospital, went to the internet café, and signed up for Intro to Medical Anthropology. And I met with a professor and she said, “well, you haven’t taken any other anthropology courses, so you might have to do extra work to keep up with the class and sort of understand what we’re talking about…” But that was not the case at all—on the first exam, I was the only person who got 100%, and that was sort of the beginning of it all. In that context, I was like, “wow, this is how I think, this is how I want to look at things…” I had taken an international public health class and had been interested in that, but felt like it was too much of sort of trying to quantify the value of people’s lives through things like QALYS and DALYS (disability-adjusted life years), etc., and that was not really how I wanted to look at things. I had thought, international public health, that’ll be it, that’ll be so great—but I sat in that medical anthropology class and thought, “aha, here it is.”

SW: You have had quite an impressive career so far, and your research has received a number of awards and grants. Do you ever feel like you don’t know what you’re doing, despite the way your CV looks? Did you ever encounter the impostor syndrome in grad school? 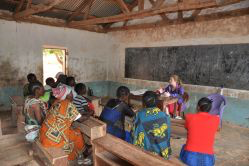 AS: I mean, who doesn’t, right? I felt for a while like it was a miracle that I even got into grad school because I had no background in anthropology or anything. But when I got back from the field, I tried to tell myself and my female colleagues, because women are particularly bad at owning our expertise, “You have to own it, like you have to decide that you’re going to own it and then live into that, because once you’ve done your fieldwork, no one else knows that context and what you’ve found better than you do.” So you have to decide to own it. But I applied for jobs last year, and the only thing that came up out of all that was this post-doc, which of course was my first choice, but I didn’t get any interviews. So I was sitting there going, “I don’t know if this is really right, oh my gosh, maybe my work isn’t good enough, maybe I don’t want to go into academia.” So we all have those doubts and uncertainties. I loved your question, “do you ever feel like you don’t know what you’re doing, despite the way your CV looks?”—and I was like, “ohh, every day, every day.” You know, a year or so ago, there was a thing making the rounds, a “CV of failure,” that some professor had put together, and it was great, because the whole point was just to show that like, here is his official CV and here is the CV of all the things that he never got that he applied for. And that is what you never see—the list of 15 things that go next to the one thing that you did get. And in academia, rejection is such a huge part of our lives, because it’s articles, grants, whatever—you never know, someone could’ve applied for 10 things before one grant worked out. So yeah, it’s important to be honest, particularly with students, about how that really works, so people don’t just think you were magically teleported into the position you’re in—that there’s a lot of rejection along the way.

SW: What was it like in Santa Fe—was that a good experience, with the SfAA and the Peter K. New award dinner?

AS: Yes, I loved it. I guess this year was the first year they did the dinner, and it was great, really fun to have dinner with current winners and previous award winners. Probably the highlight for me of the conference this time was the dinner; it was just really nice to meet those people and hear where former winners went from the time they won the award. Everyone was super nice, saying things like “if you ever need anything feel free to contact me,” and stuff. The SfAA always has a different vibe than going to the AAA conferences because they’re smaller, and with the applied component, people just have a different focus, a different interest, which makes it feel different. And having the opportunity to do the dinner and P.K. New paper session, I felt like I’d gotten to know more people and had people to say hi to, so it was nice for me. I’m sad though—I’ll be in the field next year, so I’ll have to miss out on that dinner.