Social Development in the World Bank 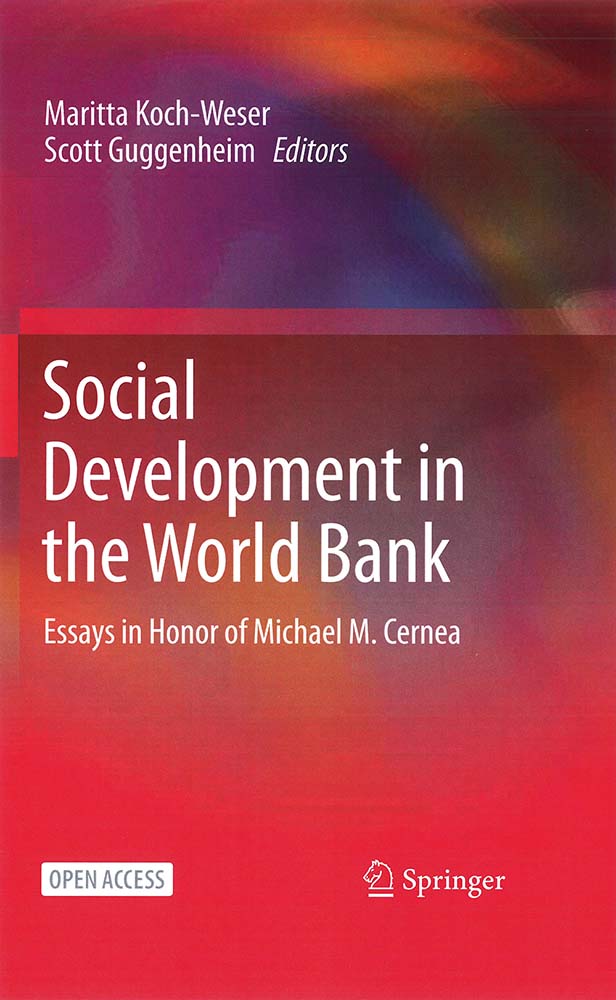 Prof. Michael Cernea, a long-time member of AAA, SfAA, WAPA, was the first social scientist hired in 1974 (as an “experiment”!)  by the World Bank. By carrying out this unprecedented  role creatively, he became a pioneer and leader in introducing sociological and anthropological knowledge in international development theory,  policies and  projects.

Cernea proposed and authored several of the first formal social development policies of the World Bank, that were then  were replicated by other development agencies.  These policies also were focused on preventing and mitigating serious dysfunctional effects of development.  Among these, he formulated the first ever policy on involuntary population displacement and resettlement adopted by the World Bank, and subsequently also adopted by all multilateral development banks and by a number of governments.

Cernea’s decades as the leading anthropologist/sociologist at the World Bank provided him with an international platform from which he promoted countless research studies by social scientists from developing and developed countries.  He also steadily built and led a large community of sociologists and anthropologists inside the World Bank.  In collaboration with them, Cernea crafted novel social policies that increased the benefits of development and improved the lives of countless people in developing countries.

To honor Michael Cernea’s contributions to social development theory and to social-action-policies, two internationally known anthropologists, Maritta Koch-Weser (Germany) and Scott Guggenheim (USA), also veterans of the World Bank, have initiated and edited a Festschrift volume.  This volume is comprised of essays written by insiders, many of them eminent scholars from developed  and developing countries. For applied researchers, as well as for Faculty  teaching anthropology and sociology, this volume is opening windows to the inside work-fabric of the WB’s very large group of social scientists, revealing not only successes, but also their hard uphill battles against “econocentric and technocratic” approaches to development, for improving  projects that ultimately affected the lives of millions of people.

This book will be available in January 2021, in 4 versions: hard cover; soft cover; as an e-book; and also through open access. It’ll likely become a classic in the field and a fitting bookend to Cernea’s original, Putting People First: the Social Dimensions of Development, published in 1991, and subsequently translated in  5 languages.