My name is Autumn Gillard. I am part Southern Paiute, descending from the Cedar Band of Paiutes from the Paiute Indian Tribe of Utah. I currently work at Pipe Spring National Monument as a seasonal Interpretive Ranger and have spent my shoulder seasons working as an IIC intern for Southern Utah University, where I am an Anthropology major, minoring in Psychology. I have been working at Pipe Spring for the last four years dedicating my work to the interpretive division concentrating on Native American history, specifically the Ancestral Puebloan and Southern Paiute connection to the Monument. 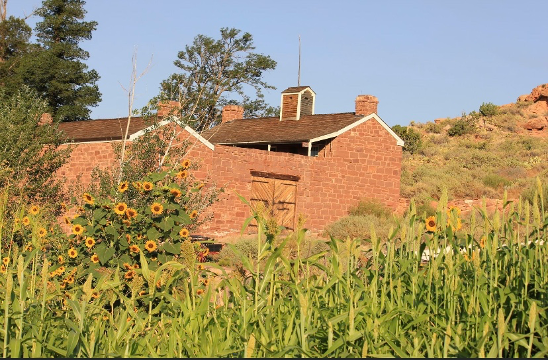 Pipe Spring is a forty-acre monument located within the boundaries of the Kaibab Paiute Reservation which is in Northern Arizona close to the Utah border on the Colorado Plateau. Pipe Spring offers the history of the Kaibab Paiutes as well as the Mormon Pioneers. Visiting Pipe Spring one will see a large Navajo sandstone and Kayenta formation fort completed in 1872. Brigham Young instructed the Pioneers to build a fortified structure over the mouth of the Spring for protection against what he thought would be hostile Natives.

This was a wrong interpretation on his behalf. The Kaibab Paiutes were never hostile to the Pioneers and one might consider it to be the exact opposite. The construction of the fort ultimately cut off the use of the Spring’s water from the Kaibab Paiute people leaving them saddened and stressed to have to cut ties with the sacred and precious water resource their ancestors and they had used for ions. 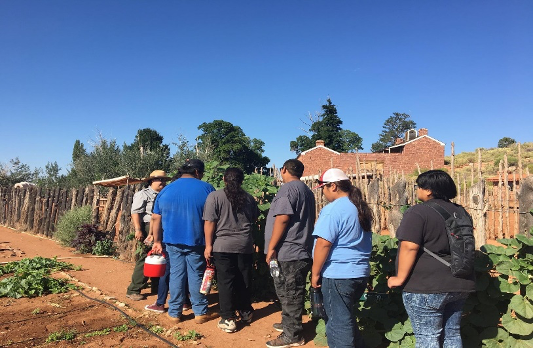 Today Pipe Spring gives a different history. The National Park Service and the Kaibab Paiute Tribe  have created a partnership to provide culturally accurate interpretive programs to the visitors of the monument. This is where some of the work I complete comes into action. I have been able to, with the support of my Chief of Interpretation Mr. Fermin Salas and my mentor Ranger Benn Pikyavit, a tribal elder, to devote myself to activities to help the culture of the Southern Paiute people come to life as well as the culture of the Ancestral Puebloans. Each season at Pipe Spring we grow a Native garden that is supplied by seeds from the Native Seeds community seed grant program to grow a historic authentic garden that represents the agrarian societies of the Ancestral Puebloans and tribes of the southwest. When many early anthropologists encountered the Southern Paiute people they were under the impression the Southern Paiute people were not an agrarian culture. Due to recent findings and oral history projects it has been discovered that the Southern Paiutes were farming along areas such as the Santa Clara River in Southern Utah. 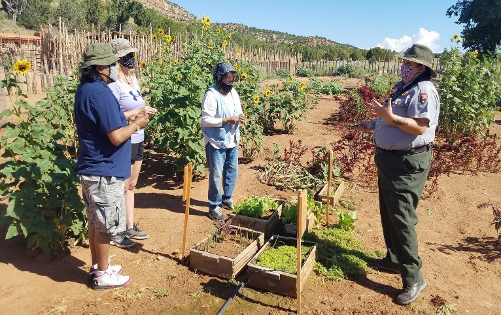 Crops that were being grown included the three sister’s (corn, beans and squash, cultivated by various indigenous groups of the Americas. Keeping with this tradition, at Pipe Spring I developed a three sisters garden with the help of local tribal youth to teach the importance of being self-sustaining and growing organic healthy native food. This idea is thought to help increase knowledge and self-awareness about diseases that affect Native America such as diabetes. This summer, in 2020, the Monument was able to host a Native Garden Workshop that offered knowledge to the local tribal community on how to start a monsoon garden that included a personal at home three sister’s plot. This workshop was funded by the Zion Forever Project, the philanthropy program that supports Pipe Spring as well as Zion National Park and Cedar Breaks National Monument, that also hold ties to the Southern Paiute people. 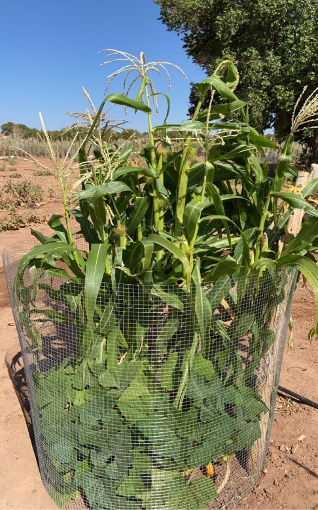 This year’s tribal workshop attendees and park staff planted seven three sister’s plots in the mound style that contained Cherokee glass gem corn, black Hopi lima beans and yellow summer squash. Native sunflowers as well as Paiute amaranth were planted along with the three sisters to help, as supporting sisters to the garden. Tribal community members were provided with seeds , garden tools and literature that was compiled by me from various resources pertaining to Paiute garden methods as well as southwestern tribes and Ancestral Puebloan planting methods. These were to take home with them to help start at home garden plots. The literature was shared in hopes that for future generations of the Paiute nation copies of documented information pertaining to how to grow food in such an arid environment using traditional methods could be passed down in writing to those interested in learning how to start a Native garden in the high desert. It should also be mentioned that seeds from all the plants grown in the Pipe Spring garden are saved for future planting and stored in a seed bank that is being replenished for future generations to enjoy as well as to disperse seeds at local tribal functions to all Native people interested in growing their own gardens. 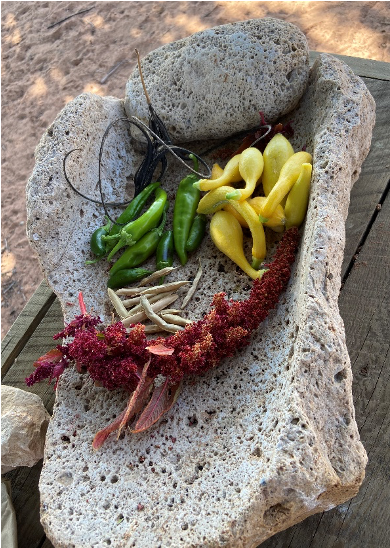 The Pipe Spring garden and workshop initiatives serve as a perfect example of Applied Anthropology in the area. Here at Pipe Spring we have taken an issue and provided a solution to practical problems such as not having fresh produce in a rural reservation area. We remedied this by teaching those that wish to learn how to grow a stable three sisters garden that is drought tolerant and safe for dry farming. Rangers here at Pipe Spring have also created change and stability to a cultural system through direct action by working with the local tribal community to help increase knowledge of desert agriculture through time. In conclusion, as you finish this short article, I encourage you to take a trip and visit Pipe Spring next year to witness the growth of our great desert garden in person.