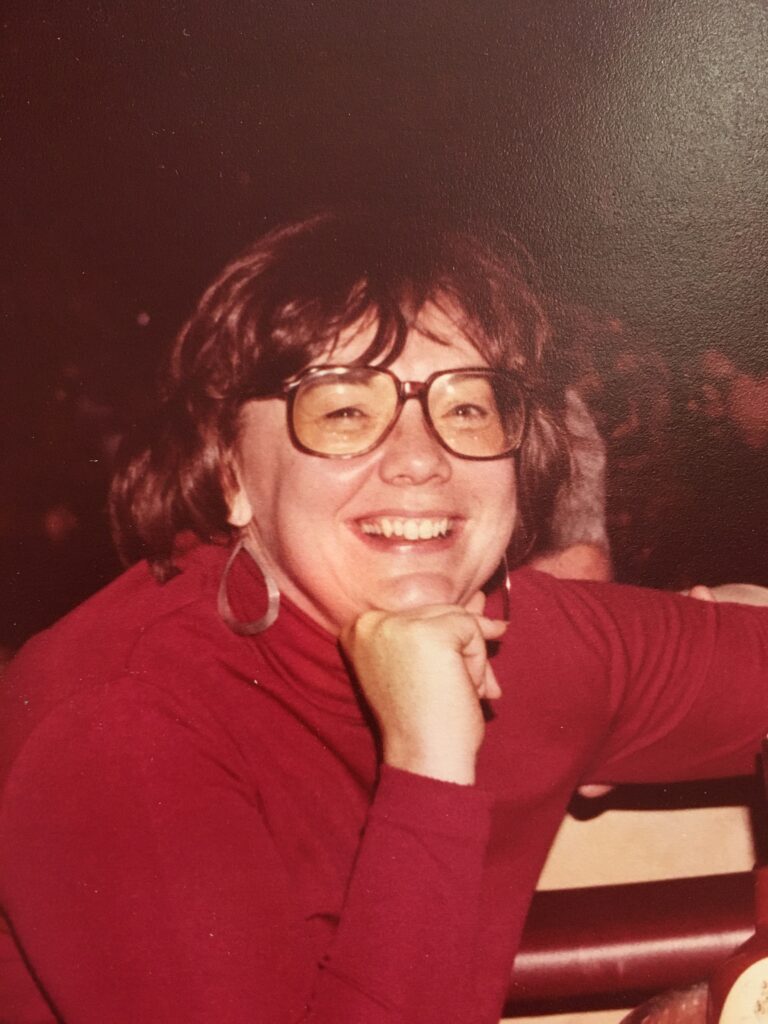 Born on March 18, 1940, to Archie Hillyer (d. 1979) and Dorothy Miller (nee Hillyer, d. 2003), Ann was raised in Muscatine, IA, and graduated Valedictorian from Muscatine High School in 1958. After earning a B.A. in Anthropology from the University of Chicago in 1962, she moved to Washington D.C., where she married William Rosenthal in 1963 (divorced 1975). While in D.C., Ann worked as a research assistant under Alice Rivlin at the Brookings Institution, and took graduate courses in Education at Howard University. She earned her Ph.D. in Anthropology from Stanford University in 1975, and enjoyed a long academic career, including positions at U.C. Berkeley, University of Washington, and the Institute for Scientific Analysis, before joining the teaching faculty at Mills College in 1984. While at Mills, Ann served as Director of Community Service and Service Learning (1997-2000), was named Edward Hohfeld Endowed Chair in American Studies (1998-2001), and was twice awarded National Science Foundation Summer Institute fellowships. Her research and teaching interests included women's status, child development, social inequality, and Native American studies. She published several articles over the years, and made numerous presentations to professional organizations such as the Society for Applied Anthropology and the American Anthropological Association, but Ann was never more fulfilled professionally than when working with her students and teaching colleagues. She retired from Mills as Professor Emerita of Anthropology in 2016.

A loving parent and grandparent, a mentor to many, and an avid reader of Jane Austen, Stephen King, and everything in between, Ann is remembered for her sharp intellect, fierce independence, and abundant kindness.

She was preceded in death by her beloved sister Sherry Sesko, and uncle Donald Miller.

Memorial donations may be made to Navajo Nation COVID-19 Response Donation Fund (www.nndoh.org/donate.html) or the Democratic Senatorial Campaign Committee (www.dscc.org).