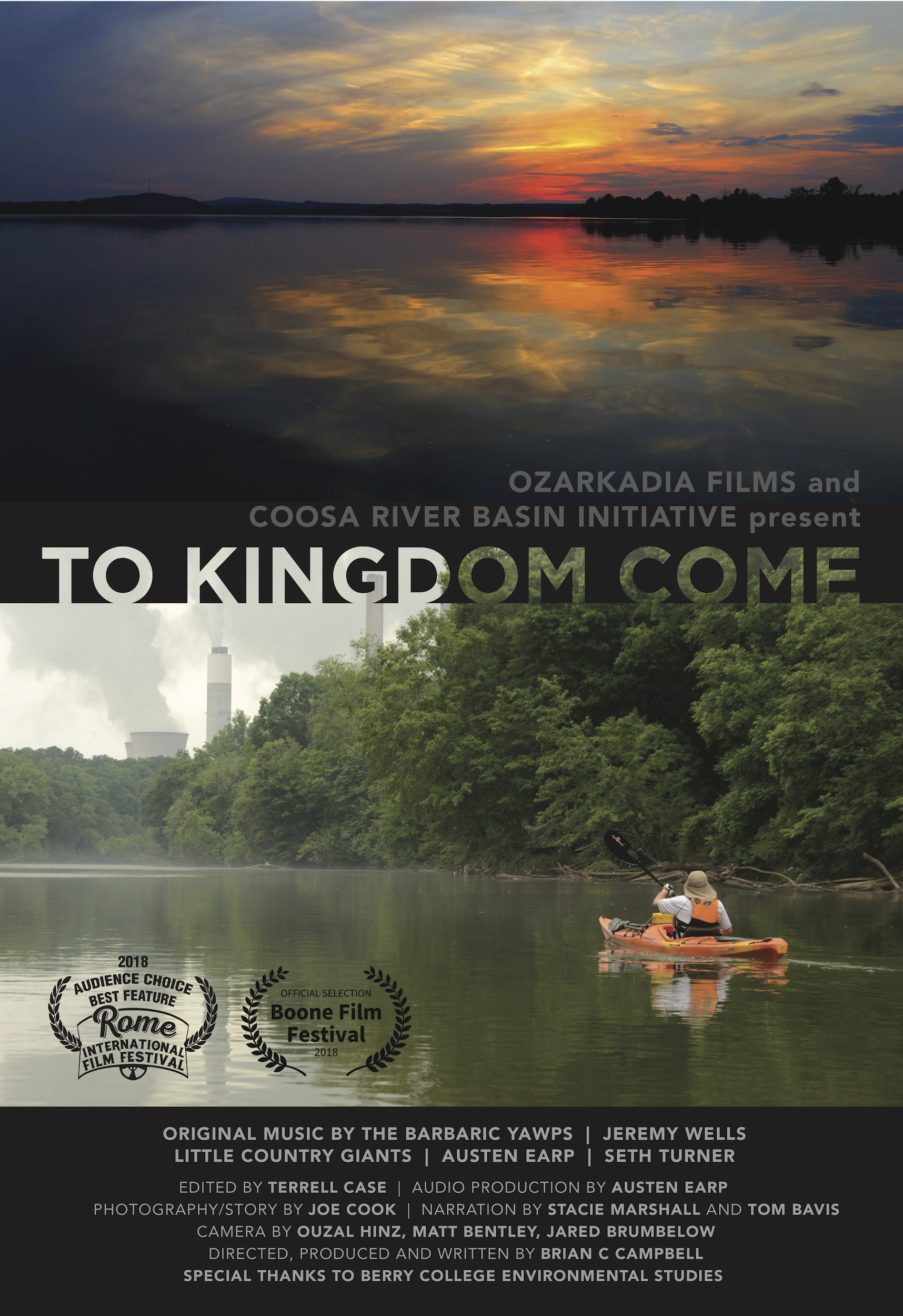 When I first arrived in Rome, Georgia, USA as a university faculty member and applied anthropologist charged with starting an Environmental Studies program, I became entranced by the story of GE and the Rome community. The Etowah and Oostanaula Rivers come together in Rome and become the Coosa River.  It is a beautiful and unique ecological landscape. As I first drove east from Alabama along the Coosa into Rome, I noticed the abandoned General Electric transformer plant in the middle of town; a compound of structures and barren concrete surrounded by barbed wire, a hauntingly dead landscape in the midst of a living city.  I immediately began conducting ethnographic research to understand the relationship between GE and Rome.

In collaboration with students, researchers, community activists, our local riverkeeper organization, Coosa River Basin Initiative (CRBI), and local musicians, I produced a documentary film, To Kingdom Come, that relates the decades-long interaction between GE and Rome in an innovative way, with cultural history references reinforcing the power of media to affect our perceptions of our landscapes and dominant corporations. As a result of the extensive ethnographic research that underlies the film, diverse perspectives and surprising cultural insights emerge, especially the North-South encounter when GE established the plant in the 1950s.  GE contaminated the Coosa River in Rome just as they did the Hudson River in New York. While the Hudson was dredged by GE at the EPA’s urging, dredging of rivers in Georgia has not occurred. In addition to river contamination, residential and commercial properties in Rome have been subjected to GE’s PCB waste. While GE invested almost two billion dollars in the cleanup of the Hudson, they left Rome with a toxic legacy of PCBs that will remain, as one local citizen noted, “to kingdom come.” The film presents the battle between Rome’s Riverkeepers and General Electric over PCBs and explores the underlying cultural encounter between the North and South through candid interviewing and historical media.

The film tells an important, cautionary tale of environmental injustice that has not been treated in documentary form, but in addition, I have established a public engagement strategy to use the film production as just one educational tool in a larger toolbox.  We collaboratively developed an online exhibit that houses additional film vignettes (that hit the cutting room floor), expanded interviews, lesson plans, and supporting research documentation and GIS maps that will allow for additional research by the public and students throughout the region.  I received grant funding to have 500 copies of the DVD made and our local riverkeeper, CRBI, is delivering copies of the film, with hard copies of lesson plans and links to online resources, to educational establishments in our surrounding region in Alabama, Georgia, and Tennessee.  Local musicians contributed almost all the songs and the score for the film, and the soundtrack will be posted online on BandCamp for purchase and all proceeds will go to support CRBI.  CRBI and the community is thrilled with the production; it won the Audience Award for Features at our Rome International Film Festival and we had over 200 people attend a local screening fundraiser.  As a result of the Q&A I did one final edit that ends the film on a slightly more upbeat note, emphasizing the positive outcomes from the Coosa River Basin Initiative’s decades of work, concluding that just as the PCBs are likely here for the foreseeable future, our local riverkeeper has no plans to go anywhere either.