Candidates for Board Member 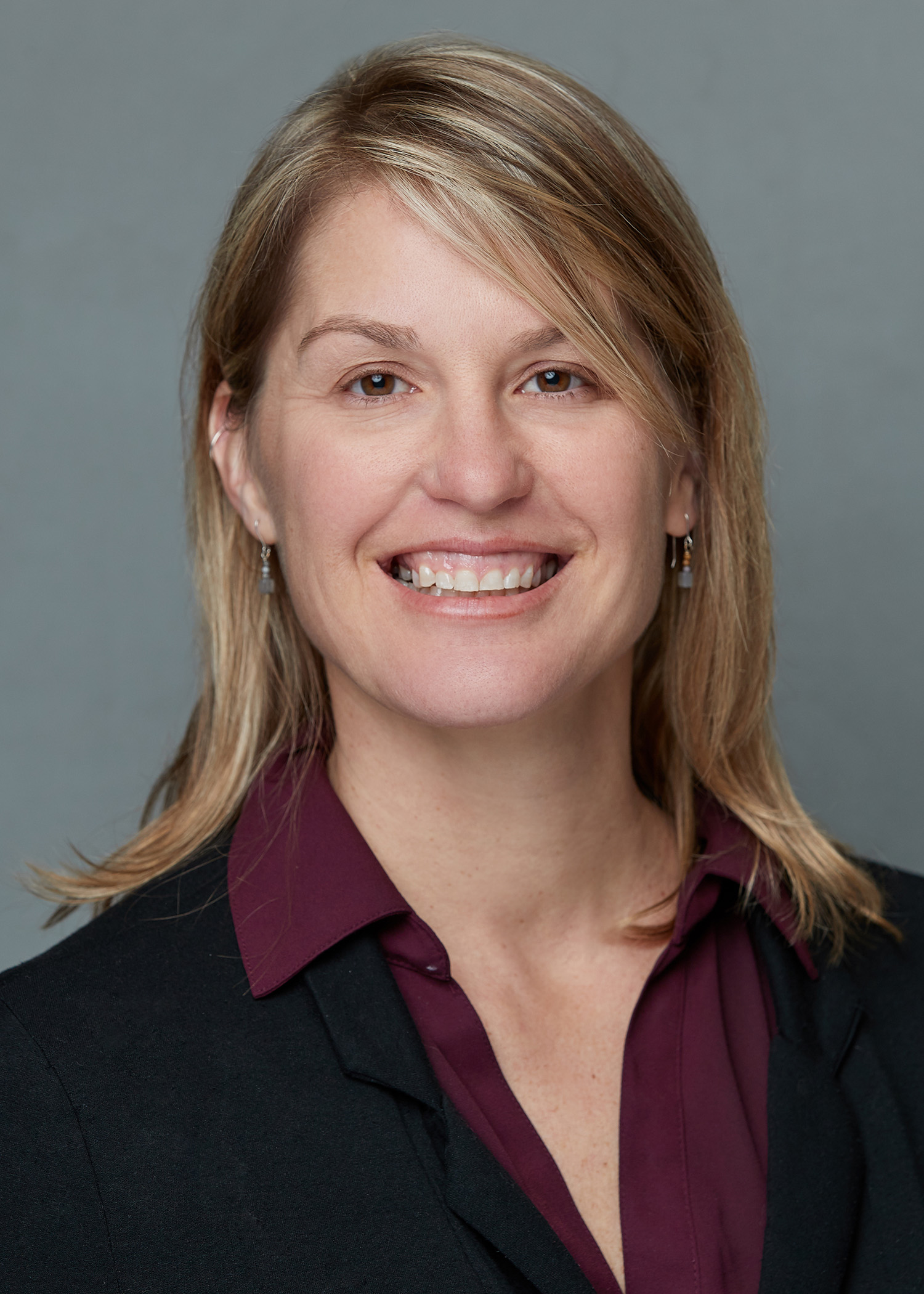 Professor and Chair of the Department of Anthropology at the University of Memphis and Academic Director of TN’s Governor’s School for International Studies.

My research and teaching expertise are in the areas of environment and development, indigenous rights, and gender and social justice. My international research focuses on the relationship between indigenous rights, conservation and development, tourism and local livelihoods, particularly on Honduras' north coast and islands. I have authored Land Grab: Green Neoliberalism, Gender, and Garifuna Resistance in Honduras, (University of Arizona Press, 2013), Cultural Anthropology: Contemporary, Public, and Critical Readings (Oxford University Press, 2017, 2020) and over 60 articles, book chapters, agency reports, reviews and commentaries. Some of my recent articles appear in the Journal of Sustainable Tourism, Annals of Anthropological Practice, American Anthropologist, Conservation & Society, and Human Organization. I am regularly called upon to provide expert testimony for amnesty cases and have served amicus curie for the Interamerican Commission on Human Rights. I am the recipient of the Presidential Award from the American Anthropological Association, the Sierra Club’s Dick Mochow Environmental Justice Award, and the University of Memphis’s Dunavant Faculty Professorship. I have two decades of leadership experience in national anthropology associations, including having served on the Executive Board of the American Anthropological Association (AAA) (2014-2017), as Chair of the AAA’s Committee on the Status of Women in Anthropology (2006-2007), as Chair of the AAA’s Committee on Practicing, Applied and Public Interest Anthropology (2011-2013), and as Co-Chair of the AAA’s Members' Programmatic Advisory and Advocacy Committee (2016-2018). I currently serve on the AAA’s Anthropology & Environment Society Board as Senior Member-at-Large (2017-2019) and as Co-Chair of the Consortium of Applied and Practicing Anthropology Programs (COPAA).  I hold Fellow Status in the Society of Applied Anthropology. 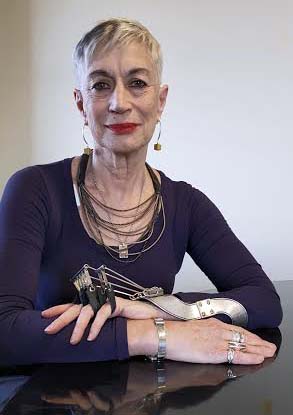 My practice of applied anthropology derives from my appointments in medicine/health sciences faculties in Australia and now South Africa over 40 years, and my commitment to the discipline as contributing to addressing inequality in diverse fields.  I moved to U Witwatersrand, Johannesburg, in 2014 to contribute tangibly to research training, mentoring and career support of African researchers. My own research brings together interests in infectious disease and chronic conditions, structural inequality and social justice, as well as gender and sexuality (as a founder and President 2001-2003 of IASSCS). I now increasingly work on climate science and the environment, where our voice is urgent. I teach on biodiversity, climate change and innovation in the IE Brown Executive MBA.  Since 1988, I have served on advisory groups, committees and scientific consultations for TDR, WHO and other multilateral agencies, governments and research programs, contributing to agenda setting, policy development and reviews nationally and internationally. I presently chair the External Review Group of the Social Innovations in Health Initiative (2015+), TDR, and I am on the TDR Scientific Working Group for Research for Implementation; these applied programs focus on the complexity of continued health inequalities. I was a member of the SfAA International Committee, 2000-2003; Malinowski Award Selection Committee, Member 2003-2005, Chairperson 2005-2007; and Margaret Mead Award Selection Committee, Member 2016-2017, Chairperson 2018.With SMA, I was a member of the Executive Board (open slate), 2006-2010; Hughes Graduate Paper Award Committee, Member, 2006, Papers Awards Committee, Co-convenor 2007, Convenor, 2008-2011; SMA MASA (Students’ Association) Dissertation Award, Convenor, 2007-2009; George Foster Practicing Award Committee, Member, 2008. I was awarded the SMA MASA Mentor Award, 2007 and SMA Career Achievement Award, 2016. I will bring to the SfAA my passion for the discipline, my broad interests, a concern with the growing casualisation of academic work, and a deep concern for the concerns and interests of anthropologists from the global south. I am committed to supporting anthropologists in government, non-profit and for-profit sectors, and in interdisciplinary settings where we are able have impact on policy, service design and delivery, and social and economic life. www.lenoremanderson.com 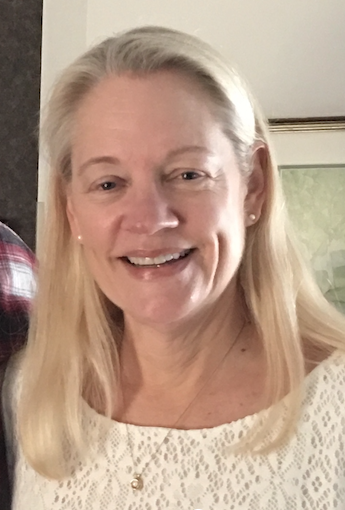 The SfAA has been more important to me than any professional organization.  In 1999, I joined as a graduate student.  For two decades, I have consistently participated by presenting research, attending workshops and educational sessions.  I became a Fellow in 2010, Senior Fellow in 2016 and Sustaining Fellow in 2018.  I served on the Nominations and Elections Committee (2017 – 2019), chairing the committee for the 2018 election.  I currently serve on the Oral History Committee (2017 – 2020).  I belong to the Association for Anthropologists and Gerontologists, the Gerontological Society of America, the Southern Gerontological Society, and the American Institute for Maghrib Studies.  My teaching experience spans community, public, and private colleges.  In 2005 I became Lecturer in the University of Kentucky Department of Anthropology where I am now Assistant Professor.  I have conducted research in the US and abroad.  This includes investigating family involvement in nursing home decision-making, aging in an agricultural region in Morocco, social networks in an urban nursing home, health and nutritional practices of elders in rural North Carolina, and aging and agricultural practices of farmers in North Carolina.  Since 2005, I have conducted applied research for the Kentucky Transportation Cabinet, the Lexington-Fayette Urban County Government, and Stantec Engineers for an environmental justice mitigation for the Newtown Pike Extension Road Project.  In 2006 I completed a social needs assessment and then continued to assist in neighborhood redevelopment.  I am currently conducting an evaluation of the project.  I would work diligently to contribute to the society’s rich environment for sharing information and expertise, and continue the  long tradition of “can’t miss this” annual meetings that appeal to a diverse membership.  An important goal is to increase student membership and participation.  One way might be targeted but cost-effective outreach to universities similar to a successful campus student representative program I started for the Gerontological Society of America in 1995.  Another idea might be special topic-based showcase sessions for undergraduate research and more sessions for students on presenting research and participation at meetings.  Finally, I would like to create opportunities for inter-generational dialogue, sharing knowledge, experience, and new ideas. 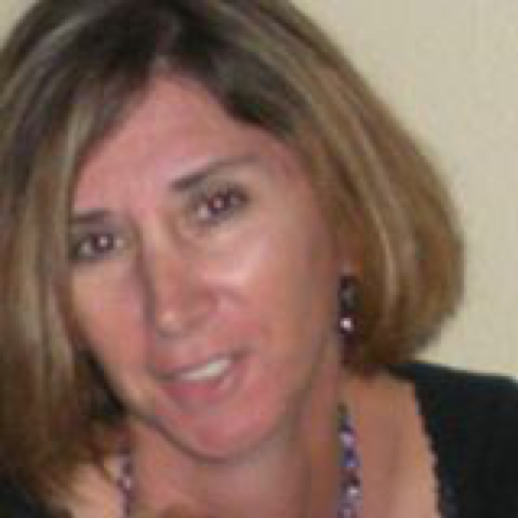 Amy Paul-Ward is an Associate Professor of Occupational Therapy at Florida International University. She is an applied medical anthropologist whose work is at the intersection of anthropology, social justice, occupational therapy/science and disability studies. Her work focuses on addressing transitional barriers people face at different points in the life course. In partnership with key stakeholders, she engages in program development to meet the needs of diverse populations including foster care and homeless youth, young adults with cognitive impairments in post-secondary transition programs, and incarcerated women. As a critical medical anthropologist, she advocates for providing occupational therapy services for individuals who do not traditionally have access. In particular, she is known for influencing the national conversation on OT and foster care. Paul-Ward is a Fellow of the Society for Applied Anthropology, a Board member (Secretary) of the Council of Nursing and Anthropology (CONAA), and a former Co-Chair of the Occupational Science, Occupational Therapy, and Anthropology Interest Group in the National Association of Practicing Anthropologists (NAPA). Other significant governance experience includes serving as a member of the Faculty Senate at Florida International University and having served as a member of the executive committee for the FIU-United Faculty of Florida (FIU-UFF) for 8 years.

I am honored to be nominated for a position on the SfAA Board. My knowledge, skillset and experience have prepared me to perform the duties of a board member. From my extensive background in community engaged and social justice oriented work, I have the abilities needed to work with many different colleagues and stakeholders. From these experiences, I have seen firsthand why we need to highlight the relevance of an anthropological approach for addressing worldwide problems. As a board member, I would work hard to facilitate initiatives that ensure anthropologists in all kinds of roles have the network and resources they need to be most effective. I feel this is a contribution I can make to this key professional organization, especially as it envisions its role for supporting the profession in the future. Having played a role in the strategic planning process for my institution, I bring hands on experience that is beneficial at this critical time. If elected to serve in this capacity, I welcome the opportunity to work on this planning process and represent the interests of anthropologists across all settings. 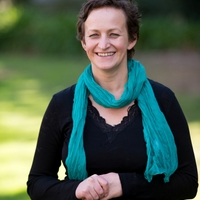 My name is Narelle Warren and I am an applied medical anthropologist based in Melbourne, Australia. My research examines people's experiences of chronicity in later life and associated practices of care in Australia and Malaysia. I focus on the innovations and adaptations that people make in order to negotiate competing demands of everyday life following a significant health event or a diagnosis. In doing so, my research is situated at the nexus of aging and the life course studies and disability studies. The majority of my research has attended to four conditions/ bodily contexts: stroke, age-related neurodegenerative illness, amputation, and cognitive impairment.

My research is multidisciplinary, and I have worked in a range of different departments. After receiving my doctorate in public health in 2007, I then worked within a social science research centre in a school of psychology for 9 years. My current position (since 2015) is as a senior lecturer in a school of social sciences, where I hold part-fraction appointments in both anthropology and sociology. This means that I am required to work with diverse audiences, although I largely work with peer-driven disability organisations in Australia and a health and demographic surveillance site in Malaysia. I am currently writing up my study on the affordances of post-stroke life in Malaysia, and completing a project on the social, legal and ethical implications of gene editing (with colleagues in law and bioethics). Important in this is communicating anthropological insights for diverse publics, from community members to government.

I nominated for the SfAA board as I have been a member since 2003, and am actively involved in the aging and disability streams at the conference. Being on the board is an opportunity to extend these engagements. Thank you for reading!