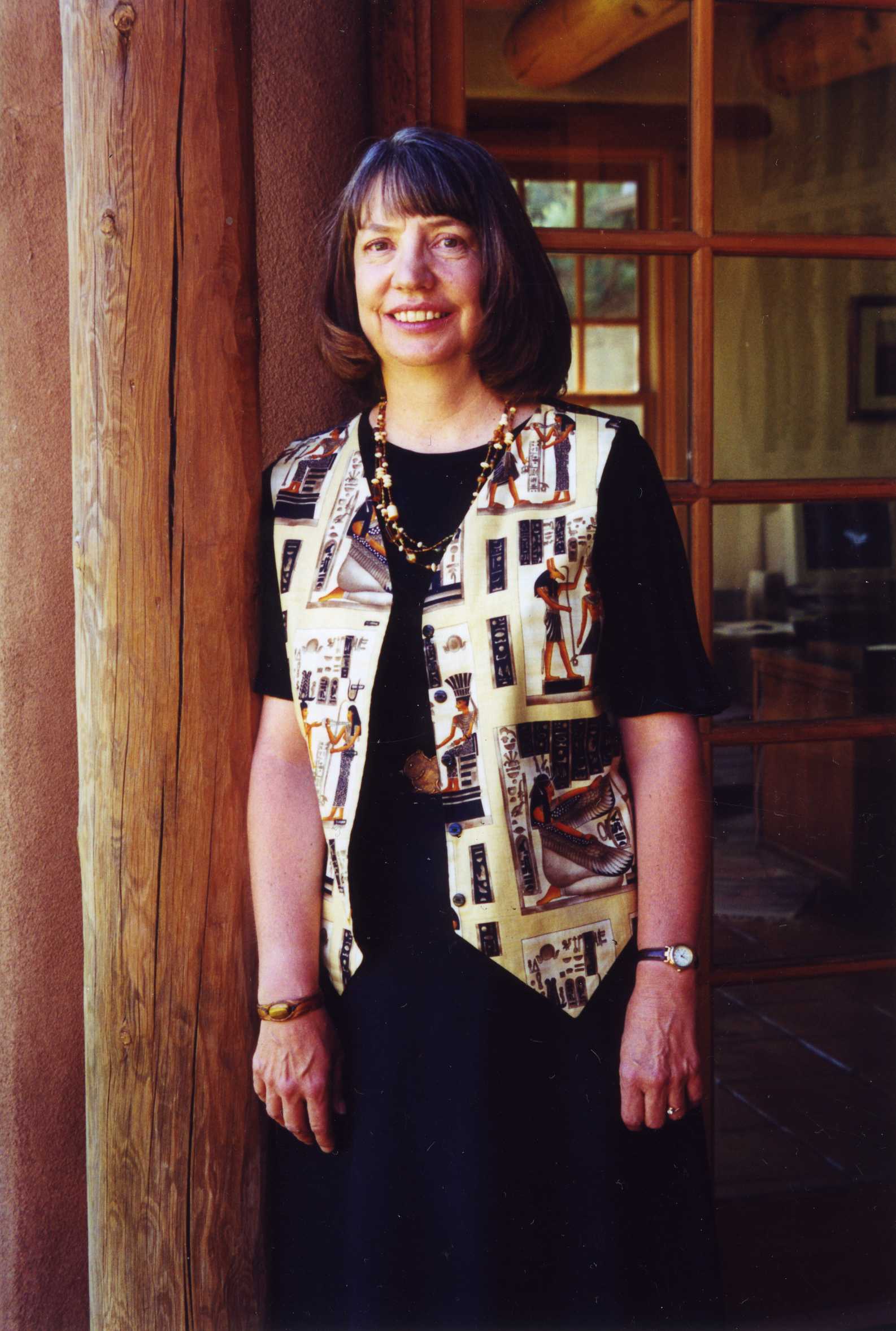 Adapted with permission, from the family-written obituary that appeared in the Santa Fe New Mexican  3/22/2022.

Nancy Owen Lewis (1945-2022) was an insatiable scholar and exacting writer; loving wife and doting mother, grandmother, and great-grandmother; faithful friend; and a passionate participant in community affairs. She died peacefully at her Santa Fe home after a long struggle with cancer on March 16, 2022, at the age of 77.  Nancy will be missed.

Nancy was an applied anthropologist and a practicing anthropologist.  When she first came to Santa Fe in the early 1980s she worked at the Santa Fe County Municipal Court where she coordinated the DWI (driving while under the influence) program. It was during her time at the Municipal Court that she compiled and analyzed behavioral data from drunk driving arrests and subsequently published the study that led to the 1998 closure of drive-up liquor windows in New Mexico.

In 1998, Nancy returned to her academic roots and joined the School for Advanced Research (SAR). Nancy was the Director of Programs for SAR for 13 years, where she ran the well-known Advanced Seminar and Resident Scholars programs.  She welcomed scholars and seminar groups to SAR, and at the same time immersed herself in researching topics that linked SAR and the history of New Mexico.  She co-authored (with Kay Leigh Harper) A Peculiar Alchemy: A Centennial History of the School for American Research (2007), which was named “Best Book in History” at the 2008 New Mexico Book Awards This was followed by Chasing the Cure in New Mexico. Tuberculosis and the Quest for Health (2016), which won the award for 2016 Best Book in New Mexico History and the 2017 Southwest Book Award.   At the time of her death, she was completing a third book, The Hounds of El Delirio: New Mexico and the Dogs of World War II (forthcoming).

Nancy was a dear friend and colleague to many in the anthropological community, the historic preservation community, and Santa Fe in general.  She was a Fellow and dedicated member of the Society for Applied Anthropology (SfAA), and organized panels for the annual meetings for many years.  In 2017 she Co-Chaired the meeting in Santa Fe with Orit Tamir; and her husband Paul Lewis designed the cover of the annual meeting program for SfAA. Her many social groups include her esteemed tea group which has been meeting regularly for over 20 years, the Green Chile Cheeseburger Club which promotes the scholarly consumption of this local delicacy, and she was an invited member of the 130-year-old Fifteen Club.

Nancy had deep relationships with the Historic Santa Fe Foundation and the New Mexico Historical Society, where she served on both Boards. She was indefatigable in her research and in doing events for the greater community. She organized tours of historic houses, gave tours of the historic grounds at SAR, and did a state tour of sites that she wrote about in her book Chasing the Cure in New Mexico.  As one colleague stated, “She retired and then wrote three books!”  She retired in 2011 but continued at SAR as a Scholar-in-Residence until her death. Her books are a meticulous combination of anthropology and history, and she played an enormous role in understanding New Mexico history and the larger forces that shaped historical moments.  Nancy will be remembered by her family, friends, and colleagues for her humor, wit, clarity of thought, and positive focus, even in the most trying times.