On Portland Day, King Coal, HydraFracka, and the evasive and dangerous escape artist, Methena, took over a pre-scheduled lunch hour session at the SfAA Annual meeting.  Aided by the slick, forked-tongue Charmer, the cast of characters attempted to gain conference-goers’ trust, claiming that the future of fossil fuels is bright and boundless. One witness, however, likened their efforts to “the chicanery of an old-time, side-show, complete with a barker who lures innocents in, only to find it’s all verbal smoke and mirrors. ”  Wearing the somewhat thin and clearly outdated clothes of authority from a bygone era, King Coal made a case for his continuing relevance. The many-headed HydraFracka claimed future job and other economic benefits from planned fracked gas pipelines, storage facilities, and export terminals in the Pacific Northwest, but according to one attendee, and as this reporter confirms, it was hard to know from which side of its mouth (or which head) it was speaking. Methena argued that she just wants to be free, and would remain at-large and unconstrained far longer than any of her colleagues had ever achieved. Halfway through the session, a WAT team of water, air, and terrestrial creatures burst in on the scene and countered the carbon crew’s claims with reports of pervasive misdeeds and deceptions of the public. A Soothsayer was present and weighed in on what it all portends for the future, suggesting other, better paths are possible.  By the end, several conference-goers claimed, “Boy, that sure showed ‘The Folly of Frack’ ” and vowed they, too, would make a scene should the carbon cabal ever come where they live.  (Showings of ‘The Folly of Frack’ can be arranged anywhere in the country by contacting members of  Stop Fracked Gas PDX and 350pdx (goto350pdx@gmail.com). 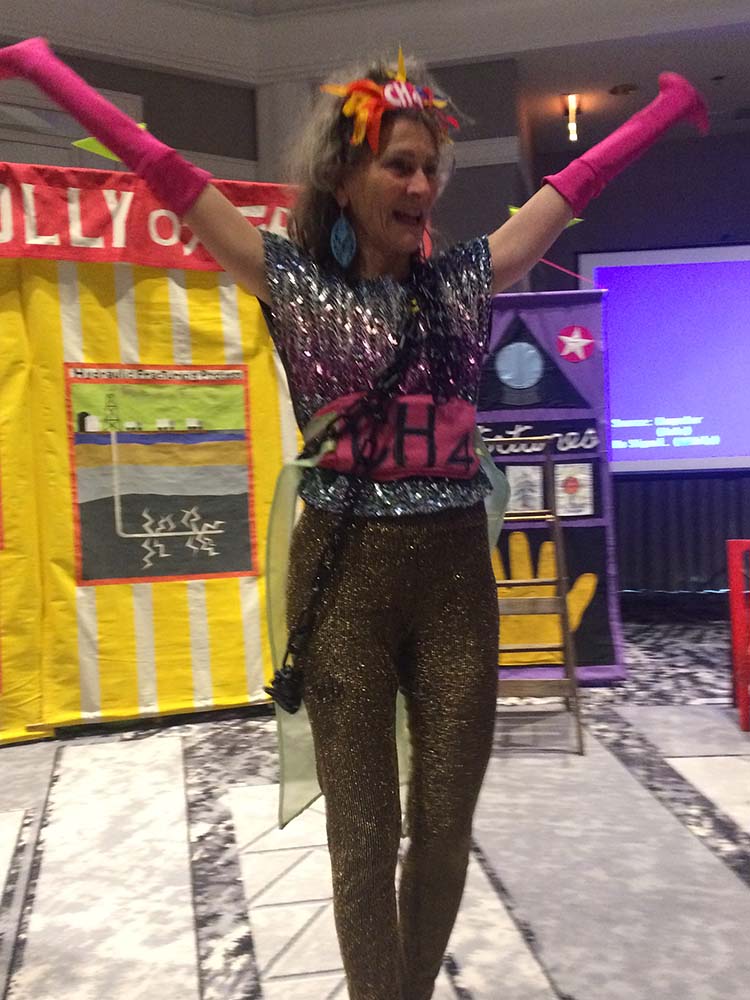 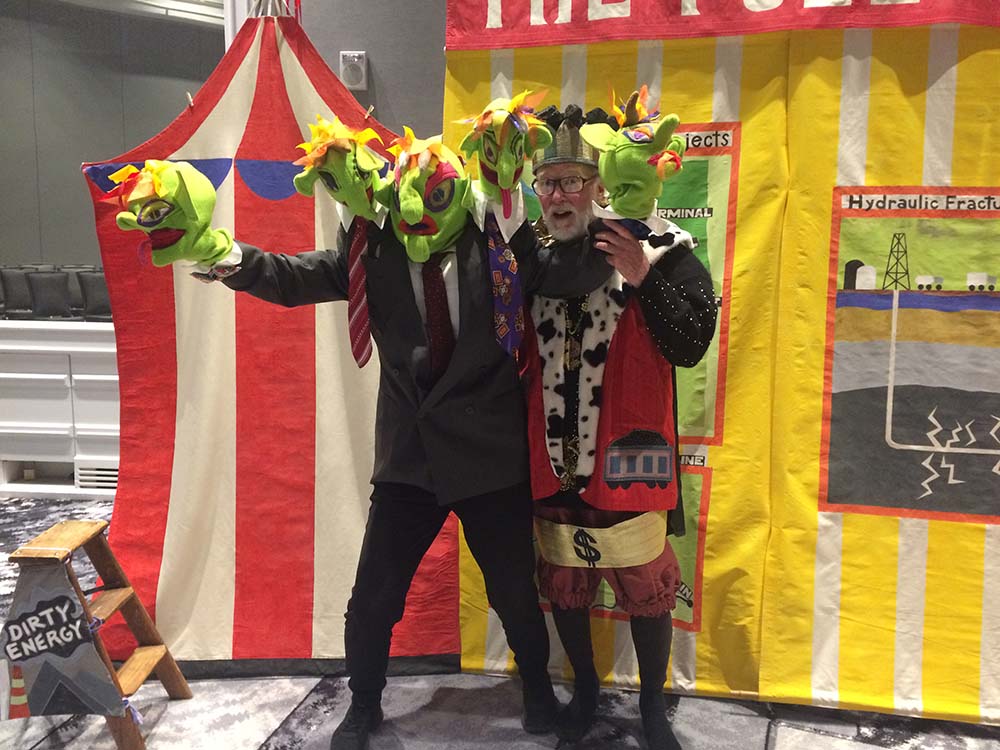 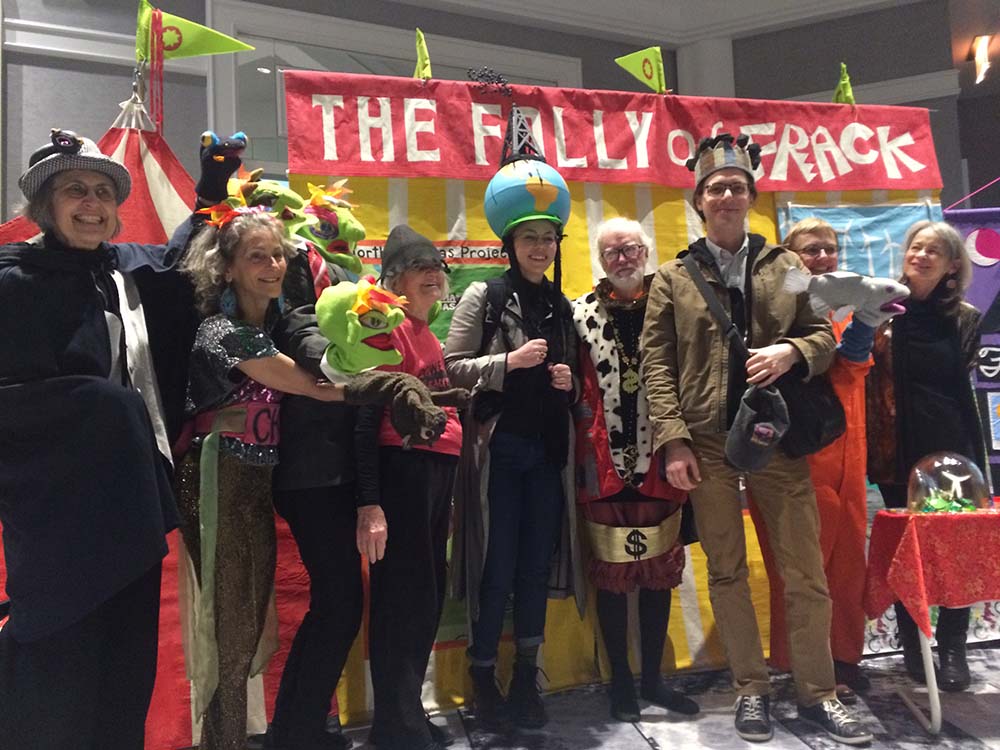