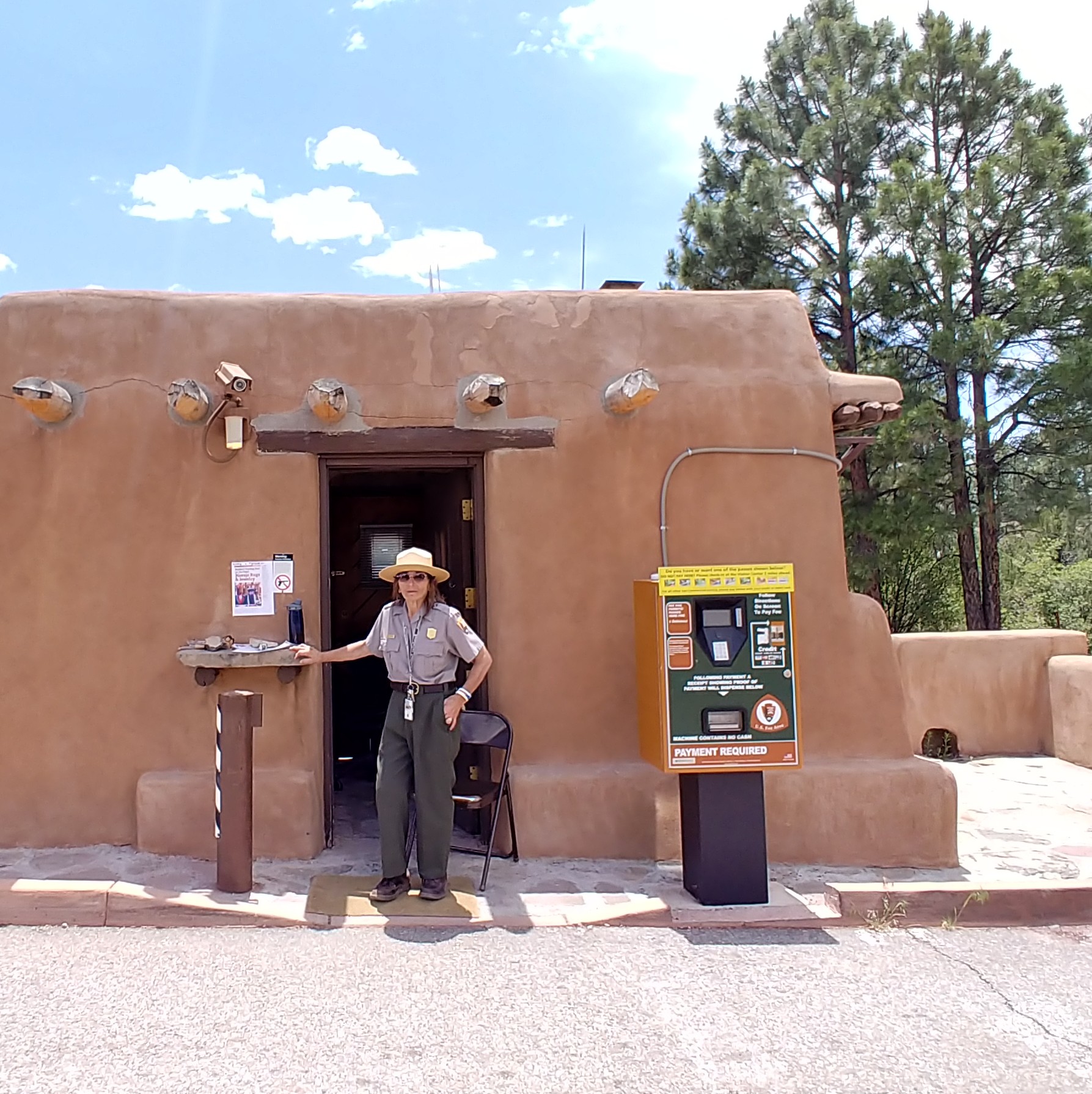 A Note from one of the Editors

For academics, summer is almost over, as you get ready for a new semester to begin.  For practitioners, it’s time to grab a few days of leave in a year that never seems to end. Neither the former or the latter,  I’ve traded my SfAA and ExtrACTION hats for the National Park Service flat straw, working this summer as an Interpretive Park Ranger at Bandelier National Monument.  The location is stupendous, the staff is great, and most of the visitors are happy to be here and fun to guide.

I’ve always thought of interpretation as Applied Anthropology. Its like teaching Intro to Anthropology to folks who come to the topic with little or no information.  Bandelier is an ancestral pueblo site and helping visitors connect ancient potters, farmers and  weavers  with the contemporary potters, farmers, and weavers living just 15 miles away is a daily treat. That said, It’s  a hard time to be working in a uniformed paramilitary organization.  From immigration to racism to climate change, many visitors want to engage on the topics that weigh heavily on their minds.  But talking about what is considered to be politics is against Park Service policy and I often find myself saying quietly that I just can’t go there.  It is especially hard in New Mexico which, from Los Alamos to Laguna Pueblo, from Chaco Canyon to the Permian Basin, is an on-going extraction nightmare.  To paraphrahse Bob Dylan, I spend a lot of time "on the pavement,thinking bout the government."

SfAA meets in Albuquerque this year, so I hope to see some of my NPS colleagues on New Mexico Day talking about interpretation, archeoastronomy, cultural values and any of the myriad of topics that bring anthropology and the Park Service together.  By then we'll also have  new decisions on mining and drilling on the way into Chaco, or in Bears Ears National Monument; yet another ruling on Keystone and Constitution Pipelines.  We look forward to seeing all of your submissions to the upcoming meetings and the newsletter.  Check below to see whats proposed, what went on last year and where you can submit.