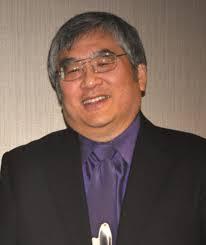 I believe that the Society for Applied Anthropology has the opportunity to lead the discipline into the evolving world that is based in our traditional systems of education and application of our theories and methods. At the same time we must be engaged with the virtual world that is emerging from the COVID-19 pandemic. It is critical that we maintain our focus on the traditional approaches to the four fields of anthropology while the discipline embraces the opportunity for innovation and creative implementation of those traditions.

Through LTG Associates, I have been fortunate to co-lead an organization that embraced innovation, including adopting a virtual approach to both business and anthropology a number of years before the world was forced to reconsider how one could maintain relationships, work as anthropologists, and pursue our values of our discipline in the emerging virtual world. This has led us to think about the relationship of our fieldwork and establishing relations with our respondents via the latest in appropriate and accessible technological tools. We have experimented and found that many times our respondents lead us and that has been a great learning and also a hallmark of how good anthropologists have always worked.

An important part of my work has been to bring the voice of Professional, Practicing and Applied Anthropologists (PPAs) into relationship with the academic aspect of the discipline. I have participated in the SfAA Annual Meetings as a member, have chaired and participated in panels and, I have served on SfAA committees. I would welcome the opportunity to stand for election as a member of the SfAA Board of Directors. I believe that SfAA and the discipline of anthropology is in an important moment of opportunity. I would appreciate the opportunity to help focus SfAA’s vision through the experiences of PPAs to enrich the discipline’s perspective on innovative practices and methods for conducting our work. I think SfAA can be a professional and thought leader for the discipline in charting a dynamic and inclusive approach to engagement with PPAs and uniting the diverse parts of the discipline. The combination of a strong basic anthropological education with a forward view to the myriad ways that PPAs are using the tools of anthropology to make change in the world is critical to the discipline expanding and uniting professional and academic worlds.

Nathaniel (Niel) Tashima, Ph.D. (Northwestern), is one of the two founding and Managing Partners of LTG Associates, Inc. (LTG). LTG was founded in 1982 by Niel and Cathleen Crain on a foundation of anthropology in order to have a platform for affecting the access, appropriateness, and quality of health and human services for both historic and situational minorities, and for those who are vulnerable or at-risk. The firm is now the oldest anthropologically based consulting group in North America.

I joined the anthropology faculty (professional track) at the University of Maryland, College Park, MD in 1999. Over the past two decades, I have regularly provided seminars and participated in departmental events focused on expanding the vison of both undergraduate and graduate students around professional, practicing, and applied anthropological (PPA) careers; this work has been pro bono. I have advanced through the university system and currently hold the rank of full professor (professional track) at the University of Maryland, Department of Anthropology.

I began my career working with Asian American, Native Hawaiian and Pacific Island community-based organizations developing culturally appropriate mental health services and organizations. These projects ran counter to the established perception that these communities did not have need for mental health services because they did not appear in service utilization statistics. It was not until these programs began to serve communities that utilization rates began to appear. This initial work lead me into designing and directing the first mental health program for Vietnamese arriving on the U.S. mainland on May 1, 1975 at Camp Pendleton, CA. Over the years, LTG has worked with more than 35 ethnic communities and in more than 50 countries globally to help to make health and human services appropriate and responsive to those who should be served.

For LTG, I have acted as Principal Investigator, Project Director and Senior Research Associate for a variety of projects ranging from local community-based organizations serving Southeast Asian refugee communities, to departments of public health engaged in the prevention of HIV/AIDs. My work has also assisted organizations such as the Native Hawaiian Health Care Systems, the Robert Wood Johnson Foundation, the Centers for Disease Control and Prevention, the U.S. Agency for International Development, and the World Health Organization in developing evaluation and concept development processes that engaged with populations in respectful and sustainable ways.

For ten years, we conducted a NAPA-sponsored Professional Ethics Practicum at the AAA Annual Meetings (1988-1998). The Practicum brought professional anthropologists with real world, current, ethical problems into conversation with an audience of both new and seasoned anthropologists to discuss and pose responses. This Practicum has been, to date, the longest sustained effort to focus on the ethics of anthropology in application.

For LTG, I have co-led teams of anthropologists that have been recognized by the Washington Association of Professional Anthropologists Praxis Award competition a record six times. The Praxis Award “has recognized outstanding achievement in translating anthropological knowledge into action.” The award is a juried competition and LTG’s recognition has encompassed projects that have worked with refugee communities, faith based communities, family strengthening and development of an international approach that focuses on the agency of individuals, families, and communities to direct appropriate responses to their health needs. I have also co-led a team that developed a set of two feature length videos commissioned by the State of California, Department of Health Care Services to focus on innovation in community health access and families raising well children. The videos were included in the SfAA Annal film festival at the SfAA annual meetings in 2018.

My interest is in ensuring that the discipline of anthropology in the United States becomes a responsive home for PPA anthropologists and for students, new graduates, and individuals making career changes.