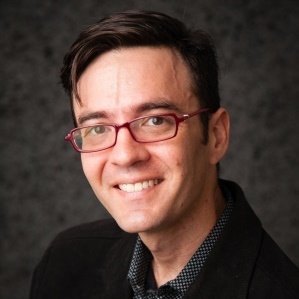 Nearly a decade ago—long before I dreamed of being an association management professional or a candidate for elected office—my first involvement in a professional association was motivated by a sense that an applied social science society could better live up to the “applied” nature of its mission. As a fourth-year PhD student, I was appointed to the Graduate Student Ad-Hoc Committee of the American Association for Applied Linguistics (AAAL), and when that committee became a permanent Graduate Student Council, I was one of the first pair of co-chairs. If you’re not familiar with AAAL, you should know that despite its name, AAAL’s members are primarily university-based scholars of language acquisition and educational linguistics, while at that time, when I wasn’t working on my dissertation, I was applying for practice jobs in the government and nonprofit sectors. Naturally, this perspective influenced my approach to AAAL business. AAAL graduate students always organized a conference panel of early-career members reflecting on their job search and application process, and I insisted that our panel reflect at least one of the many options that are available off the tenure track. I also designed peer mentoring activities where student members could discuss issues of concern to them, such as, for example, how to talk about leaving academia when your advisor is not supportive. Members appreciated these efforts, but it took an advocate in leadership to make them happen.

My commitment to promoting career diversity for social science PhDs brought me next to a postdoctoral fellowship at the American Anthropological Association, a role that thrust me directly into the center of the anthropological community of practice. I had a very quick introduction to the range of anthropology associations that exist across subfields, geographic areas and contexts of practice, as well as the landscape of academic departments where anthropologists receive their training and the variety of business, government and nonprofit organizations where they most typically find professional employment, and I got to meet many of the individual anthropologists who make up all of these institutions. Much association work is volunteer management, and I came to know some of the most committed volunteers from all career stages and to work closely with them on initiatives that were a job for me but a passion project for them. As I came to know the community, I also became increasingly sensitive to the voices that are absent from the discussion, the perspectives that are not represented in official association business. As I first learned at AAAL, if those constituencies are not present in leadership, then the association will not know how to provide what they need.

My postdoc led to a regular staff position at the AAA, and then eighteen months ago I was promoted to Director of Education and Professional Practice. I’m well enough established in my professional role that I have time to spare for leadership service, and I sit at intersections of communities—linguistics and anthropology, academic and practitioner—that are particularly relevant to the Nominations and Elections Committee. I believe that the leadership of an association should reflect not the current membership of the association but, to the extent possible, the community that the association aspires to represent, which in the case of SfAA includes first-generation scholars, anthropologists of color, linguists and archaeologists, international development professionals and UX designers. The makeup of leadership drives the future of the association, and stewarding that process is the way in which I’m best prepared to help build the future of SfAA.